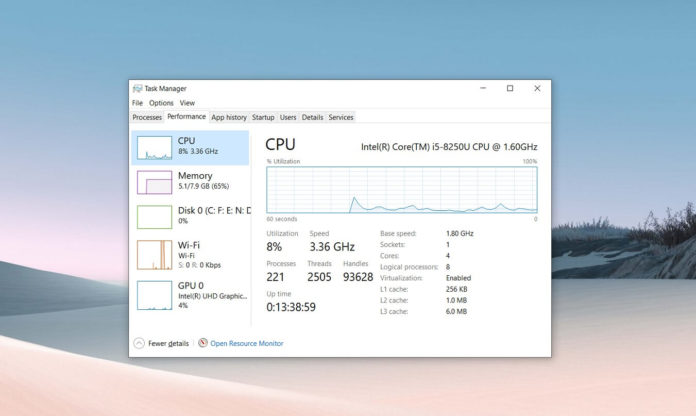 Windows 10 May 2020 Update (also known as 20H1) is the first major upgrade for the OS this year and it has already begun arriving on some PCs. With May 2020 Update, Microsoft has also introduced Windows segment heap memory improvements, which will reduce overall memory usage of Win32 apps such as Google Chrome.

Microsoft says that May 2020 Update comes with a useful change called “SegmentHeap” that should reduce memory usage, with web browsers such as Chrome being one of the beneficiaries of this. It is a technical change available to developers and it works only on Windows 10 version 2004 or newer.

SegmentHeap is a modern heap implementation and it will reduce Win32 apps overall memory usage when enabled by developers.

Microsoft announced that it has already modified Chromium-based Edge browser to use the SegmentHeap value, with the early tests showing a 27% reduction in memory usage.

Google has also liked the idea and is going to adopt it for Chrome. In a commit, Chrome engineer notes that adding “SegmentHeap” entry to the browser’s manifest will allow Windows 10 version 2004 to use the segment heap instead of the legacy heap.

“Experiments with per-machine opting-in to the segment heap for chrome.exe suggests that this could save hundreds of MB in the browser and Network Service utility processes, among others, on some machines. Actual results will vary widely, with the greatest savings coming on many-core machines,” Google said.

Microsoft and Google confirmed that the actual results will vary widely, which means individual performance could be lower or higher than 27%, but this change will definitely reduce memory usage to some extent and provide a better experience for everyone.

For example, devices with multiple-core processors will get the most benefit. While this is a welcome change, support for ‘SegmentHeap’ is not yet available in Google Chrome.

Google engineer noted that there is at least one roadblock and it would require the company to build Chrome with Windows 10 Build 19041.0 SDK.

The updated SDK support is currently blocked due to mysterious build failures.

“We could enable it now but that would cause build warnings. Therefore enabling it is blocked on a switch to the Windows 10.0.19041.0 SDK which is currently blocked on some mysterious build failures,” Google noted.

At the moment, it’s unclear when these improvements will land in Google Chrome for Windows 10 version 2004 (May 2020 Update).