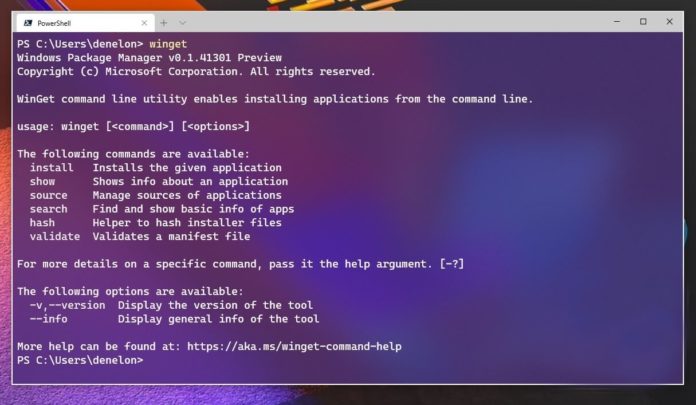 For years, users have been trained to download and run .exe, .msi applications, and then go through the long installation process where you have to choose the path and click on ‘next’ multiple times.

The process is time-consuming and it requires manual interaction. Today, Microsoft announced that the company is adding a built-in package manager to Windows 10. This would make it easy for you to install desktop apps without having to click through a number of installation windows.

For example, you can launch Windows Package Manager and run a new “winget” command to get the latest version of any app you want to install. You can simply run “winget install PowerToys” to install it without going to the Github, third-party websites or Microsoft Store.

Windows Package Manager has its own package feed that is created and maintained by Microsoft. Users can also add new apps to the package feed and you can even download apps from third-party repositories.

Once you enter the above command with the app name, Windows Package Manager will simply download the program and install it without any further interaction from you.

If you’re interested, you can join the Windows Insider program and get it via the Microsoft Store. Or you can manually download the package from here and follow these steps:

In other news, Windows Subsystem for Linux is getting more powerful and Microsoft is now making it easier to run Linux applications in Windows 10.

It’s still about developers and Microsoft won’t let you run Android apps within the WSL container. The update introduces support for Graphical Linux desktop app, which should allow developers to run integrated development environments for Linux on Windows.