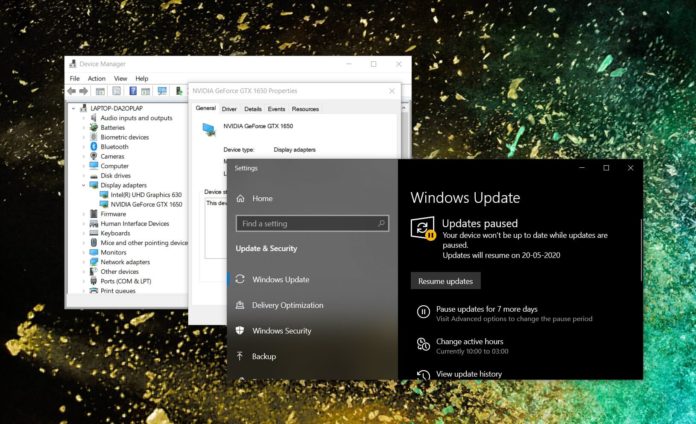 Microsoft has been working on multiple changes to tackle these kinds of situations whereby a driver update causes compatibility issues.

In February, Microsoft revealed that it plans to add Optional Updates screen to Windows Update. Another idea was documented that said hardware partners would able to block updates when incompatible drivers are installed.

Microsoft says they’ll get better at evaluating the quality and reliability of a Windows 10 driver update by targeting cohorts (specified telemetry data).

To ensure that a driver is fully compatible with particular hardware, Microsoft plans to analyze the ‘cohorts’, which refers to a set of systems and devices that shares the same targeting attributes including HWID, CHID, and OS version.

On the basis of the aforementioned cohorts, Microsoft will be able to determine any driver that fail to meet the measure requirements.

During that period, Windows 10 will not offer the drivers to any PC that has a known incompatibility.

Microsoft previously said that temporary block on Windows updates can also be requested by a hardware partner.

Microsoft is also working on other measures to ensure that Windows 10 and driver updates are delivered without compatibility issues. According to Microsoft, the deployment of driver updates won’t happen around major public holidays and the new changes will go into effect from June 15, 2020.