Linux is often described as the way to go for older computers as many distributions would work with 256 MB of RAM coupled with an outdated processor. For example, Puppy Linux is a version of Linux that you can install on such low-end systems.

On the other hand, it is largely believed that Windows 10 isn’t a good option if you have less than the recommended resources, but that’s not entirely true. A fun experiment revealed that Windows 10 could be installed on just 192MB of RAM after recent Windows updates.

According to the developer Sakura Nori, Windows 10 worked perfectly in a VirtualBox with just 192MB of RAM. The dev used Oracle’s VirtualBox software on a Dell Inspiron 3670 desktop tower and Nori gradually reduced the amount of RAM to find the last point when Windows was able to boot.

Of course, perfection doesn’t mean snappy performance as the operating system itself feels extremely slow with just 192MB of RAM.

Pretty much everything takes several seconds load, which is acceptable given the RAM is locked to 192MB. 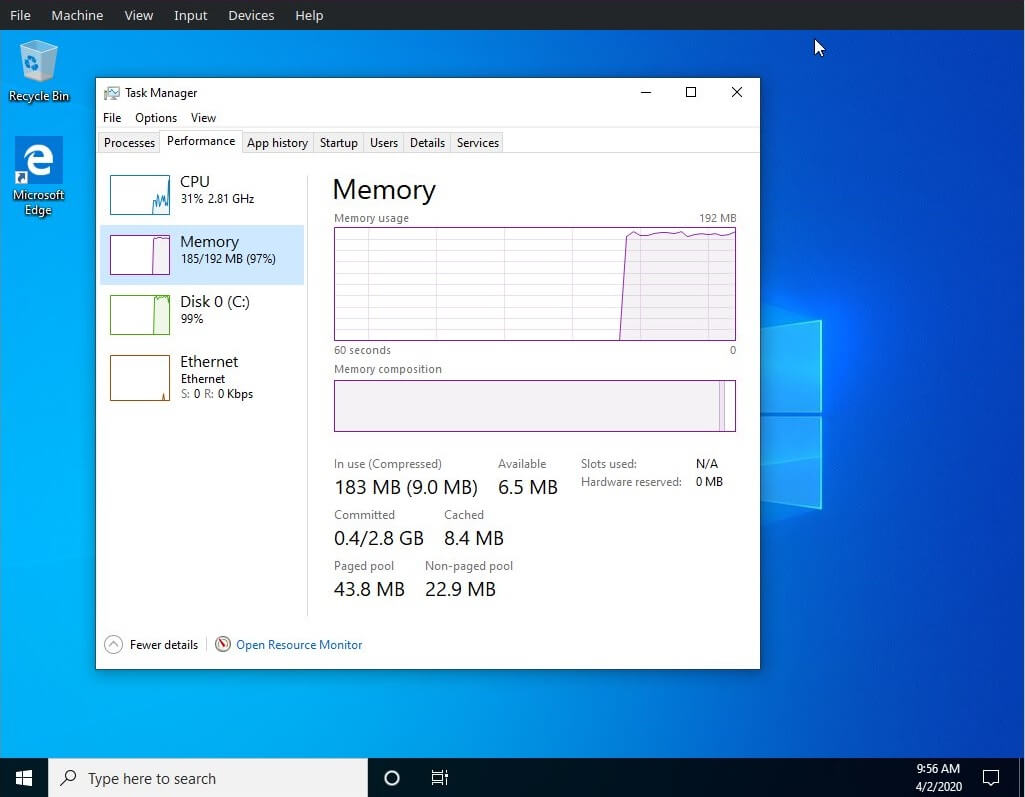 The experiment was conducted on Windows 10 November 2019 Update and it appears that Microsoft has recently optimized the OS to make it ‘run’ on low-end machines.

If you reduce the RAM resources to 128MB, Windows 10 apparently fails to load and crashes with a Blue Screen of Death.

It is worth noting that Windows 10 on 192MB of RAM was achieved without disabling services, removing Windows components or streamlining the installation package.

Of course, you cannot use Windows 10 on a daily basis with such an insanely low amount of RAM, but this experiment shows that Windows 10 has been optimized to a level that it is possible to run the OS with just 192MB of RAM.

Microsoft recommends users to use Windows 10 with at least 1GB of RAM and 4GB or 8GB of RAM for a smooth experience.