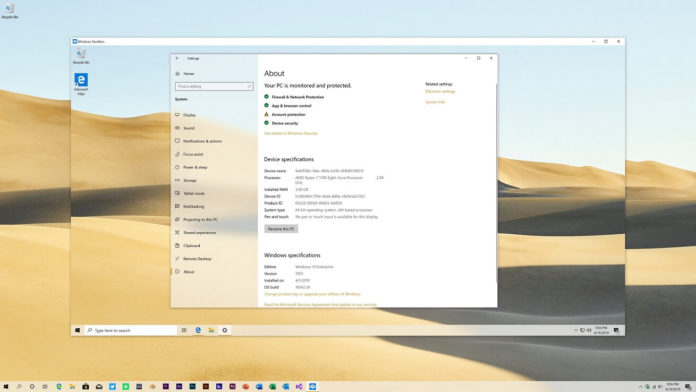 Windows 10X is much more than a new version of Windows 10, as it has been designed to interact with apps, files and software differently than Windows 7 or 10 do. On Windows 10X, every app runs within its own container to protect the OS from potential malware.

Windows 10X comes with containers for all types of apps. For example, Win32 Container exists separately for legacy Win32 code and traditional desktops. We also have MSIX Containers that will run inside the Win32 Container.

In Win32 Container, users can run system utilities, old traditional apps, and other programs designed for older versions of Windows securely. The container allows Windows 10X to remain fast and the OS won’t get slower after a particular period of time.

The traditional Windows 10 also comes with containers such as Windows Sandbox, which creates a secure “Windows within Windows” and you can open browser and surf securely, download apps and run safely without impacting your main system and files.

You can also use it to visit websites that you probably shouldn’t.

In future, you can expect Windows Sandbox to run apps faster, but it’s unclear what changes are being implemented.