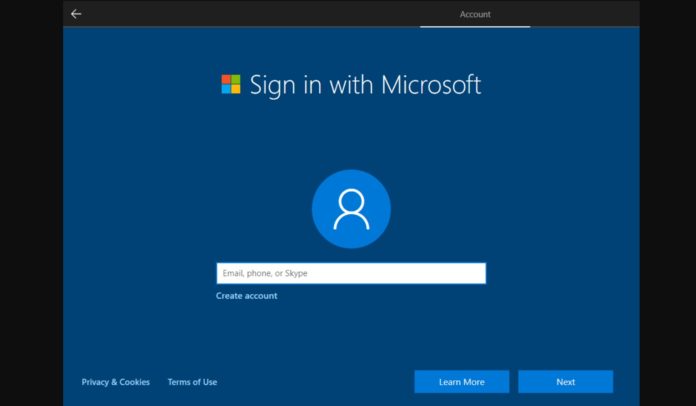 Windows 10 has always preferred that you log into your PC using a Microsoft account and Microsoft has made it more and more to difficult to use a local account on your PC. In 2019, reports revealed that Microsoft forces users to log into their computer with a Microsoft Account and option to create a local one has been removed.

Some users have noticed that local account option has also disappeared for Windows 10 international versions including the German and India version.

We were able to reproduce this behaviour after multiple attempts. In our testing, if you download Windows 10’s November 2019 Update system image and set up it on your device after connecting to the internet, you could be prompted to log in with a Microsoft Account at the end of the setup process.

The option to create a local account wasn’t visible on our test machine, but it can be restored by disconnecting internet connection. If you’re using a wired connection, you need to unplug Ethernet cable. For WiFi connection, turn off the router.

Or you can also put your laptop in Airplane Mode if your laptop or desktop’s keyboard supports it.

In Windows 10 Enterprise and Pro, the option is still there and it has been replaced with a “Doman Join” button instead. If, for some reason, you’re unable to get around the new button, you can still create a local user account with the internet-disconnection workaround.