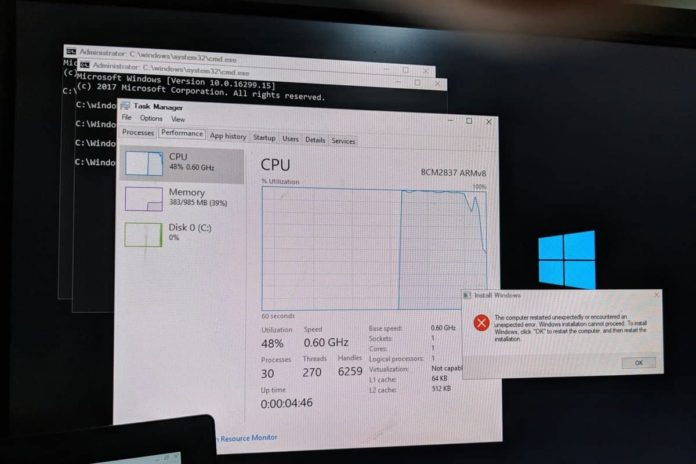 For example, Windows 10 IoT Core won’t let you run the traditional Win32 apps or even boot into the desktop. The IoT allows you to run a single UWP app at a time and the real purpose of the OS on Pi is to run small applications, which are designed for diminutive computer board. 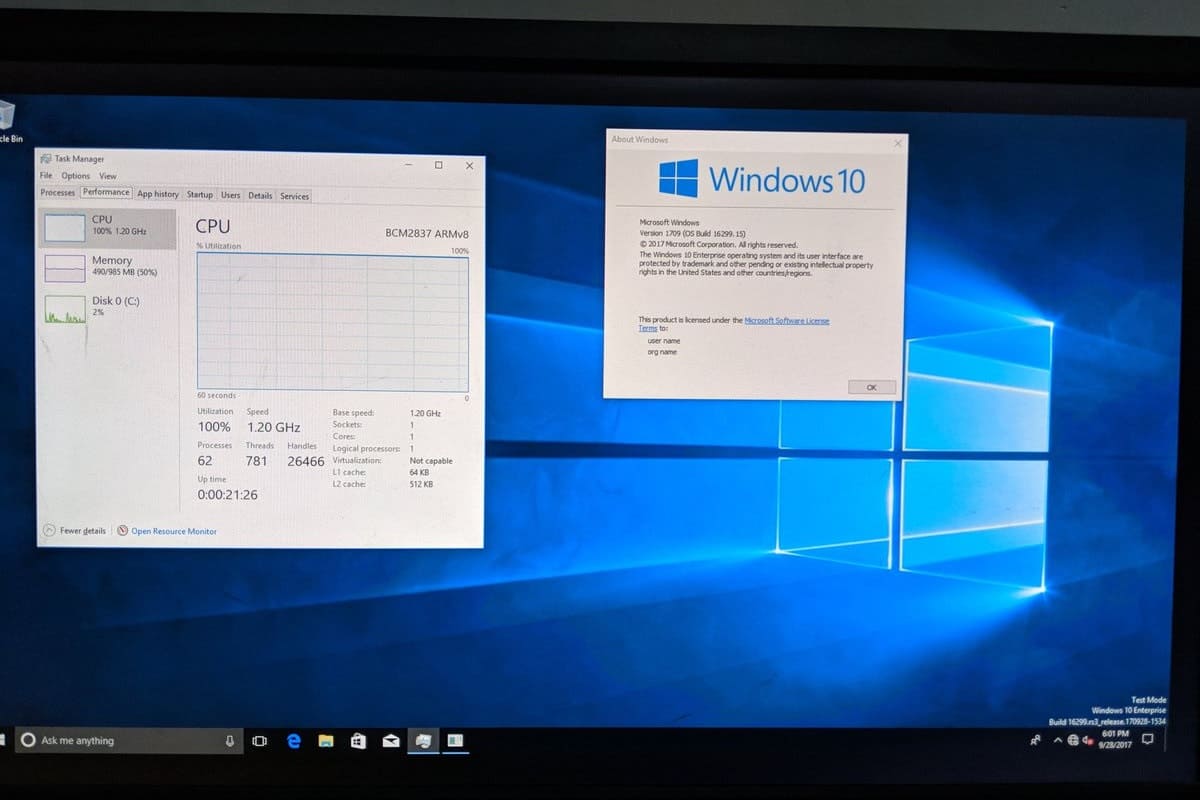 Fortunately, there’s a new guide for getting Windows 10 on ARM to work on the Pi 3 B+ and Pi 4B using an unsupported technical preview build. Unlike IoT, Windows 10 ARM is ARM-targeted spin of the OS, which comes with a traditional desktop and Win32 apps support via emulation.

Developer Marcin has managed get Windows 10 on ARM running on the Raspberry Pi 4 Model B and he has also published a detailed guide.

How to install Windows 10 on Raspberry Pi 4

After downloading these files, you’ve to run Command Prompt and go through the technical steps.

It’s worth noting that some features of Raspberry Pi 4 may not work with Windows 10 on ARM. For example, you can only use the Type-C USB port for charging and OTG. Windows 10 ARM also limits the RAM to only 1GB and Broadcom auxspi controller driver is not working.

Windows on ARM offers much better performance on Raspberry Pi 4 than on its predecessor, but the system still drops frames when watching 1080p videos or streaming Netflix using Windows Store app. The graphics-intensive tasks are incredibly slow, and some apps may crash if you switch between them.

Developers are also porting Windows 10 on ARM to Android phones such as the Galaxy S8, OnePlus 6, OnePlus 5 and Xiaomi Mi Mix.