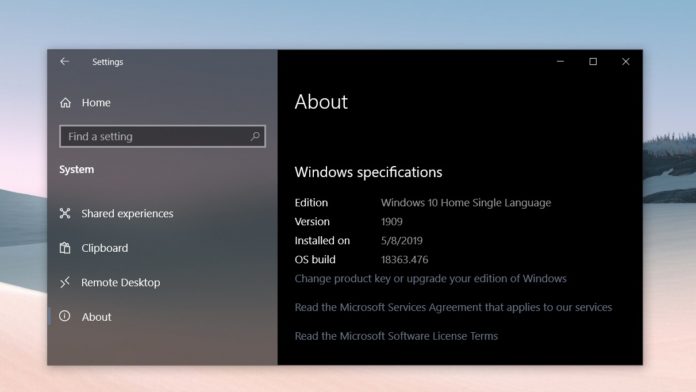 Windows 10’s November 2019 Update was released on November 12 with a minor set of new features and general improvements.

Windows 10 version 1909 is being shipped as an ‘optional update’ to May 2019 Update PCs, but not everyone can install and run the operating system’s major update smoothly.

In related news, Microsoft says it has blocked devices with outdated drivers from downloading the feature update.

In other words, you cannot install Windows 10 November 2019 Update and as well as May 2019 Update on devices with the affected hardware. Fortunately, a fix has been finally deployed and Microsoft confirmed that Realtek’s new driver corrects the bug, so you would be able to download and run both Windows 10 version 1903 and 1909 just fine.

To get Windows 10’s latest major update, you will need to install the updated driver for the affected Bluetooth technology.

“This issue was resolved with an updated driver for the affected Realtek Bluetooth radio and the safeguard hold has been removed,” the company said.

According to Microsoft, it can take up 48 hours before Windows 10 updates are offered.