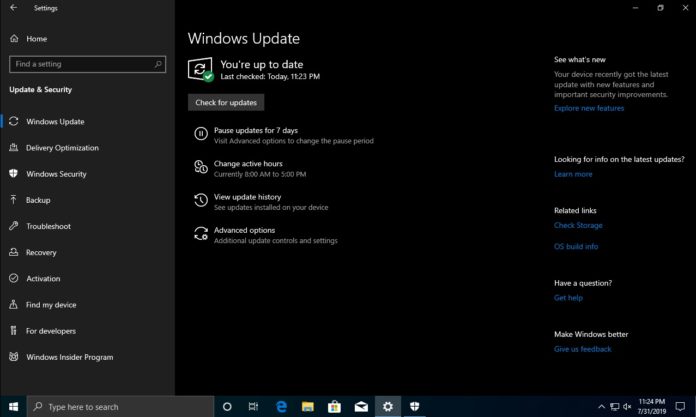 Windows 10 version 1903 (May 2019 Update) is officially ready for mass development and Microsoft is now rolling out a new compatibility update to address issues with third-party drivers.

Windows 10 KB4517210 is rolling out to some PCs via Windows Update and it installs automatically on PCs that haven’t been upgraded to May 2019 Update. It could also install on Windows 10 version 1903 PCs to ease the installation experience of future monthly patches and feature releases.

Microsoft says KB4517210 for Windows 10 comes with the following fixes:

Compatibility and reliability updates are generally shipped once in a while to resolve issues preventing the installation of Windows 10 updates.

Windows Update is supposed to automatically detect and install this patching without hindering the system and apps. It’s worth noting that you cannot force the installation of compatibility update on your PC.

As long as you don’t have a Surface Book 2 with dGPU and your drivers are up-to-date, you can consider installing Windows 10 May 2019 Update.

In a new announcement, Microsoft recommends customers to update their devices and warns those who are still stuck with April 2018 Update to install the update as soon as possible.