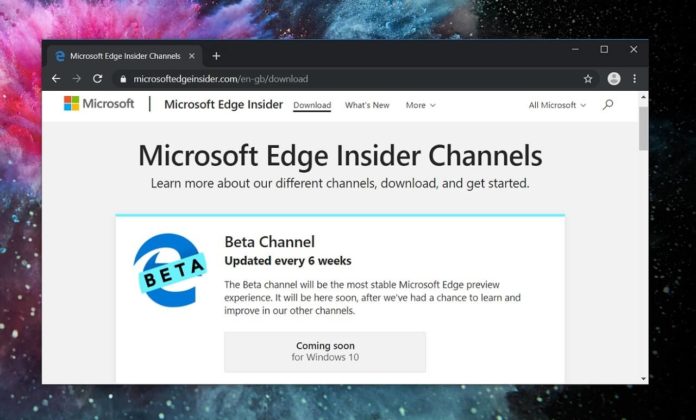 After Google, Microsoft has become one of the biggest contributors to the open-source platform and community Chromium. As part of its plan to improve Chromium which also powers Edge browser, Microsoft is working on two new scrolling features to improve webpages scrolling in Google Chrome and new Edge for Windows.

The first scrolling feature is called ‘percent-based scrolling’ and this allows the browser to interpret mouse wheel or keyboard scrolls as a percentage of the intended scroller, which means scrolling will feel smoother when this feature is active.

According to Microsoft, percent-based scrolling is part of the company’s roadmap to port Edge-style scrolling into Chromium. The feature is already live in Chrome Canary and it can be enabled by searching for ‘Percent-based Scrolling.

You will find the following flag if you search the above term:

Percent-based Scrolling – If enabled, mousewheel and keyboard scrolls will scroll by a percentage of the scroller size. – Mac, Windows, Linux, Chrome OS, Android.

Microsoft’s commit for ‘Windows-specific touch-initiated fling animation’ feature has been approved and this flag can be enabled in Chrome Canary as well.

According to the firm, this feature enables a new touch fling animation to offer a scrolling experience that behaves more like old Edge and other native apps. In other words, the goal is to smoothen the scrolling behaviour.

You can search for ‘Enable experimental fling animation’ in Chrome Canary flags menu to access the feature.