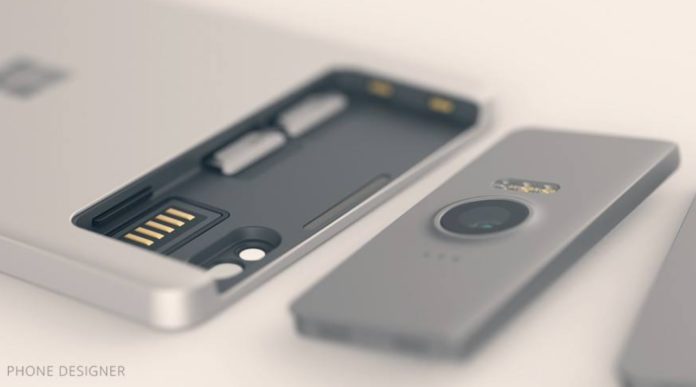 Another patent related to Microsoft’s long-rumoured foldable or dual-screen Surface ‘Centaurus’ has appeared online. Rumours of the dual-screen Microsoft hardware have been swirling around since 2018, and a report recently claimed 2020 release with Windows Core OS and Android app compatibility.

The latest patent application from Microsoft points to split imaging system (a unique camera solution) for foldable dual-screen hardware. Spotted by us, Microsoft’s patent titled ‘Device with Split imaging system’ was published by USPTO on September 10.

“In the first mode, the imaging unit and the optical unit are fixed in a set relative position due to magnetic interaction between the magnets. In the second mode, the imaging unit is positioned away from the optical unit,” the patent reads. “Some or all of the above embodiments have a technical effect of making use of the separate body sections that a foldable, sliding or modular device may have”.

Microsoft says the split camera design could make foldable devices ‘thinner’ in the camera region and the device would still offer a premium quality because of the combined camera setup.

“The arrangement of magnetic elements disclosed herein has a technical effect of accurate alignment and locking of the relative position of the imaging unit 110 and the optical unit,” the firm said.