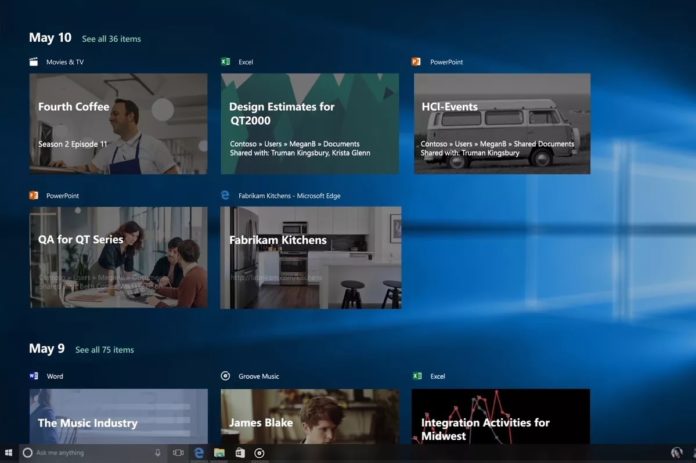 The Chromium-based Microsoft Edge is the new big thing in browsers market, and despite the fact that it’s still in beta, it has been downloaded over a million times by Windows and macOS users.

Microsoft is open about the development of new Edge and it is also publicly contributing to Chromium platform. In addition to significant scrolling improvements, Microsoft is working on Windows Timeline support for the new Edge browser.

“Yup, we’re actively working on it,” a Microsoft engineer confirmed when a user asked about Timeline support for Edge.

Windows Timeline was originally limited to UWP or classic Microsoft Edge, but last year, the Redmond firm released an extension that also allowed Chrome to use Windows Timeline.

Timeline is one of the star features of Windows 10 that automatically creates snapshots of apps, documents, and webpages. Timeline support in Edge will allow you to restore web activities at a later time on your PCs or Microsoft Launcher-powered Android phone within the next 30 days.