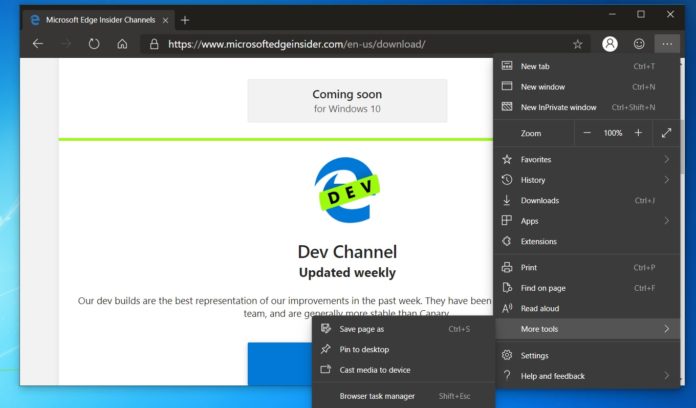 Microsoft Edge Dev Build 77.0.197.1 is now available with improvements and fixes. The update brings dark theme to pages like Settings, History, Downloads and others.

Microsoft Edge Dev Build 77.0.197.1 also adds a new option that would show icon for individual favourites on the favourites bar. More Languages have now been added in Microsoft Edge along with the ability to choose which categories of diagnostic data are shared with the feedback.

You can go to Settings > About Microsoft Edge and check for updates to get the new build.