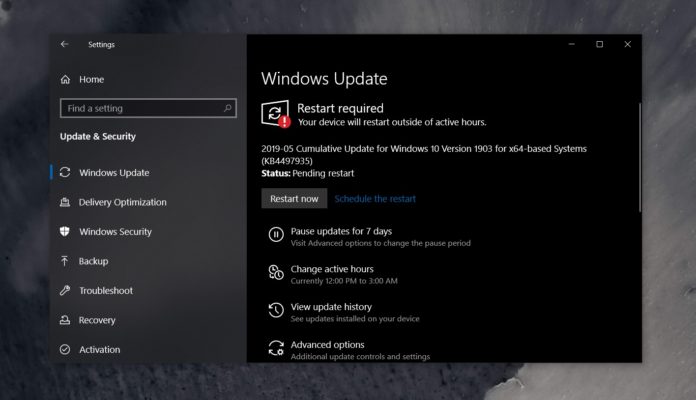 Microsoft is testing the first cumulative update for Windows 10 version 1903. The cumulative update is currently available for Insiders and unsurprisingly, it comes with several goodies for users who already installed May 2019 Update.

Microsoft also shared a workaround, which is fairly straightforward, as you only have to unplug USB storage drives or other storage devices such as SD cards to receive May 2019 Update.

With Windows 10 Build 18362.145, Microsoft is addressing this problem and you’ll be finally able to upgrade your PC with any storage device attached.

“Addresses an issue that may cause an external USB device or SD memory card to be reassigned to an incorrect drive during installation. For more information, see “This PC can’t be upgraded to Windows 10” error on a computer that has a USB device or SD card attached,” Microsoft explains in the changelog.

The update also comes with several other bug fixes. Microsoft is fixing an issue that may have turned off night light mode during display mode changes. It also fixes an issue where users experienced rendering problems on a full-screen game when the Microsoft Game bar is visible on top of the game.

Additionally, this update fixes a bug that prevented users from removing Bluetooth peripheral devices with specific Bluetooth radios. The other fixes included in this release are aimed at enterprises and system admins.

At the moment, Windows 10 May 2019 Update Build 18362.145 is available only for Insiders. It is likely that Microsoft will begin pushing this cumulative update to non-Insiders in the coming days or weeks.