The users have reported the problem at the HP forums and we’re also experiencing it on our HP machines.

According to posts at the HP forums and on Twitter, some HP devices are getting error 0x800703e3 when trying to install the latest HP HIDClass update. The error that you may be experiencing looks like the below message:

As expected, some users have documented the problem with the new HP update on Twitter. “I have a HP Envy laptop that was supposed to receive HIDClass – 10/30/2018 – 2.1.8.1 but it will not install and gives – Error message 0x800703e3. Is there a planned fix for this? My laptop has the bugs that it fixes and it’s very annoying. Please advise,” a user wrote in a tweet to HP handle.

By the looks of things, this problem isn’t just happening on HP devices running the October 2018 Update but also on PCs running the April 2018 Update (version 1803) or possibly older. Only a subset of consumers appear to be impacted, and everything seems to be linked to a conflict related to HP drivers. 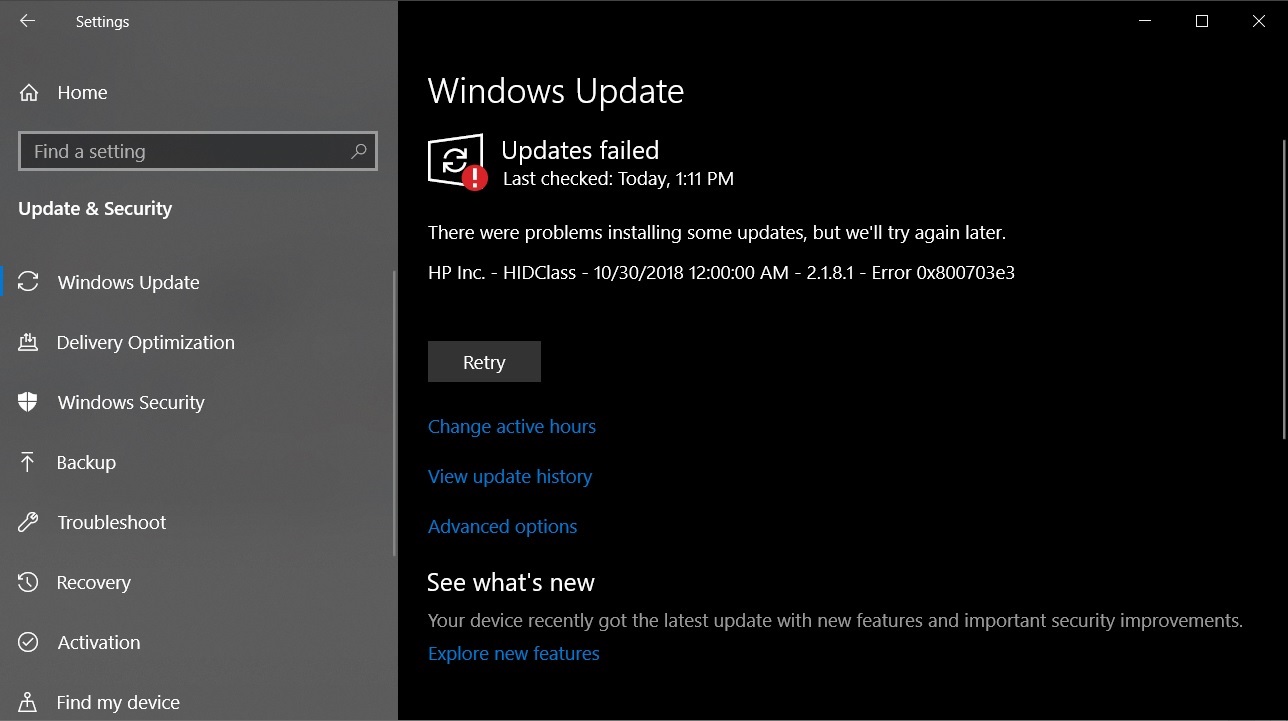 If you’re having this problem, there’s a workaround that seems to be working for us and several other users. However, keep in mind that this isn’t an official fix. Use these instructions at your own risk.

In this article, we walk you through the steps to resolve the HP HIDClass error 0x800703e3 when checking for updates.

Once you complete these steps, the error message will disappear and your HP computer will work as expected.

At the moment, it’s not known why the update is failing to install on HP machines, but manually installing the driver from Microsoft Update Catalog addresses the problem. It also appears that this particular update has been pushed out by the company in the past.

As highlighted above, the solution is to simply install the driver manually, and then check for updates in the Settings app.

HP has yet to officially issue a comment on these reports.