As spotted by some knee observers, Windows 10’s Spring 2019 update will bring UI improvements to Microsoft’s Cortana. The next major update for Windows 10 is progressing slowly and the builds in the Fast Ring provide us with an early glimpse into the future of Windows 10 in 2019.

In latest builds of Windows 10 19H1, Microsoft has implemented some UI changes on Cortana. Microsoft has tweaked the interface of Cortana and you will notice that Cortana information (suggestions, activities, history) are now displayed in the center of the screen. 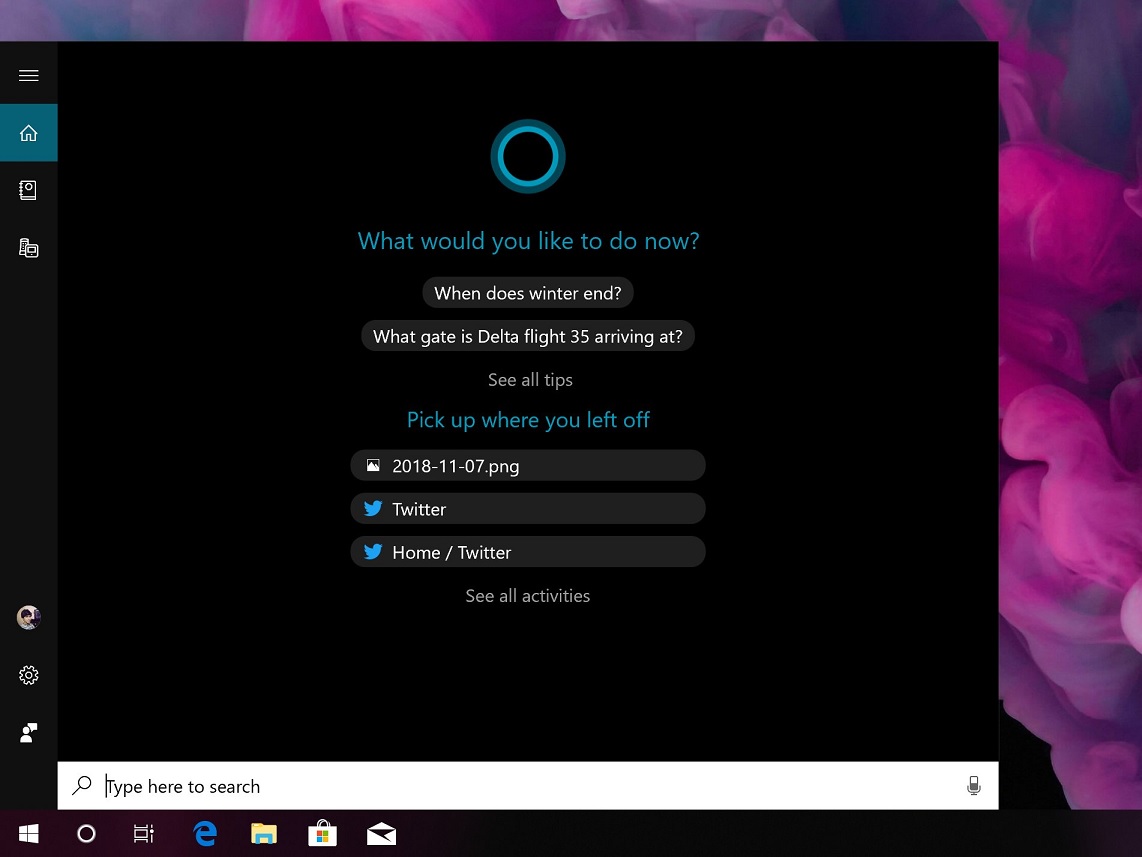 The second noticeable change is the implementation of acrylic on the top menu bar of Cortana. This is noticeable while searching for pictures, files, apps, games and other stuff on Cortana. Acrylic is a key part of Fluent Design system and it’s finally expanding to more parts of Cortana.

The third change is a slightly tweaked sidebar. You will notice that the left pane menu is automatically displayed when you hover the mouse. This is currently being A/B tested with Insiders and you will notice a similar animation on Start Menu.

It’s likely that Microsoft is working on more improvements and additional changes would be part of the next preview builds shipping to insiders in the coming weeks or months.