Microsoft recently rolled out a big update for Windows 10’s new snipping tool and it adds several new features. The latest update for Snip & Sketch advances the app to version 10.1809.2964.0 and it comes with some improvements.

Snip & Sketch is a new app available for devices with Windows 10 October 2018 Update and it is supposed to replace the old legacy Snipping Tool in near future. Snip & Sketch interface is better than the Snipping Tool and the app is also picking up advanced features with updates through Store.

Microsoft has developed some new features for Snip & Sketch but at the moment, the new changes are only available for Windows Insiders in the Fast ring.

According to the changelog shared in a blog post, there is a new option in the app that would allow you to add a border to your screenshots. This is a small but a useful change if you’re planning to paste the screenshot in an app or conversation that has the same colour as the background of your screenshot.

Microsoft is also testing a new feature called ‘print’ to help you keep a physical copy of your screenshots. This means you can print the screenshot of PDF by tapping on the print button in the toolbar.

Microsoft is refining the save options. You’ll notice that the app will throw a confirmation box if you close a window without saving the changes you made to the screenshot. Another change is that the default file name of the screenshot will include a timestamp to differentiate it from other pictures. 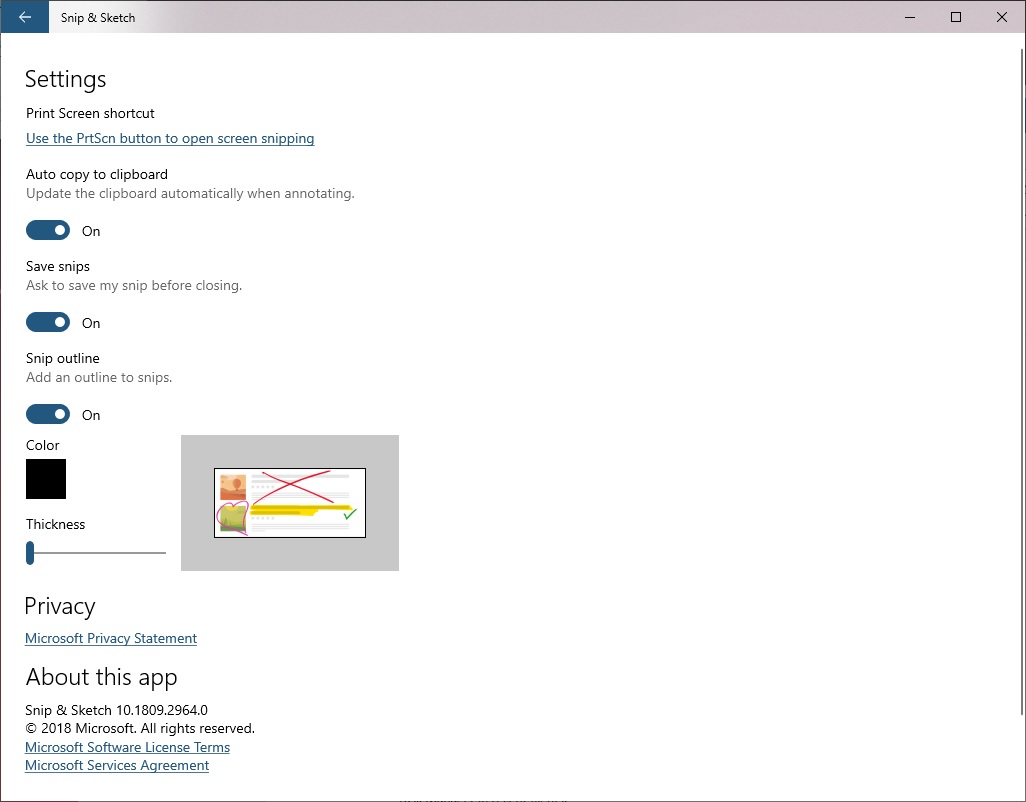 Snip & Sketch app now supports jpg and gif file types. The update has also revamped the settings page and you’ll now find the option such as auto copy to clipboard, save snips, save outline and more.

Microsoft has also announced a new update for Sticky Notes app. Microsoft Sticky Notes is another note-taking app for Windows 10 and it got a new design with October 2018 Update.

Here’s what new in the latest update for Sticky Notes: