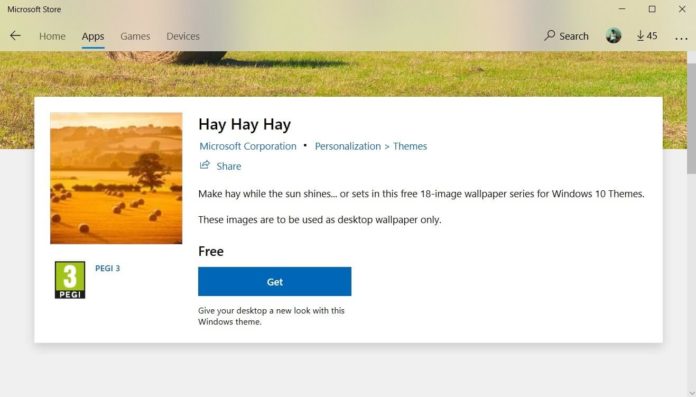 Microsoft Store has released a new wallpaper pack for Windows 10 that you can use to customize the desktop screen and improve your experience. The wallpaper pack named “Hay Hay Hay” was published by the software giant yesterday and it contains 18 different wallpaper for Windows 10 and you can install it for free on your device.

The subject of the wallpaper is Hay under the sun shines. “Make hay while the sun shines… or sets in this free 18-image wallpaper series for Windows 10 Themes. These images are to be used as desktop wallpaper only,” Microsoft explains.

It’s worth noting that you cannot change the theme, appearance, sound and or cursor look by installing this wallpaper pack as it only contains a set of images.

For those unfamiliar, you can install the wallpaper pack on Windows 10 by following the below steps.

There are 18 different images and you can cycle through by opening the context menu (right-click on desktop) and tapping on next background option.