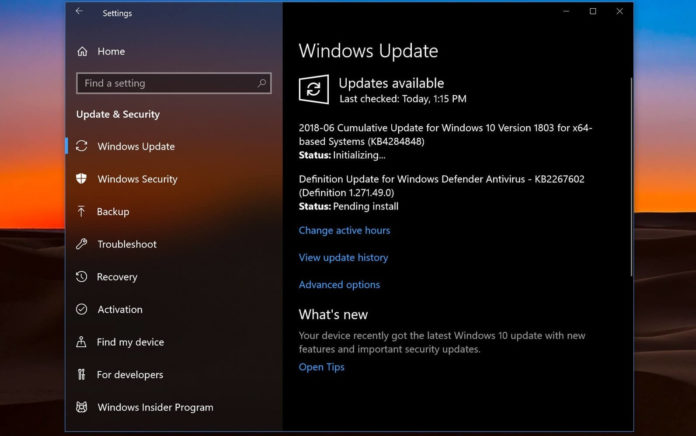 Microsoft recently announced that it is working on a new update concept for .NET Framework. The new concept will help and give the users and IT admins more flexibility over installing patches.

Microsoft says that Windows users who have enabled Windows Update on their desktop will be getting both the cumulative updates for Windows 10 and .NET Framework at the same time.

However, for the knowledge of users, Microsoft will be publishing updates separately on Microsoft Update Catalog and will carry their own KB numbers. A new Cumulative Update released will feature changes for both .NET Framework 3.5 and 4.7.2 products.

The new concept will be coming into effect with the rollout of Windows 10 October 2018 Update to the public next month and users will receive two updates one for the operating system and the other for .NET Framework.

“Windows Update will orchestrate making sure updates that ship at the same time is processed together and only require a single reboot. Guidance to WSUS/IT Admins is to continue to ensure that updates are grouped and deployed together to avoid any potential additional reboots,” Microsoft explains.

In short, NET Framework cumulative updates will be delivered in the following way:

For the successful installation of the cumulative updates for .NET Framework, Microsoft says that a reboot of the PC would be required.