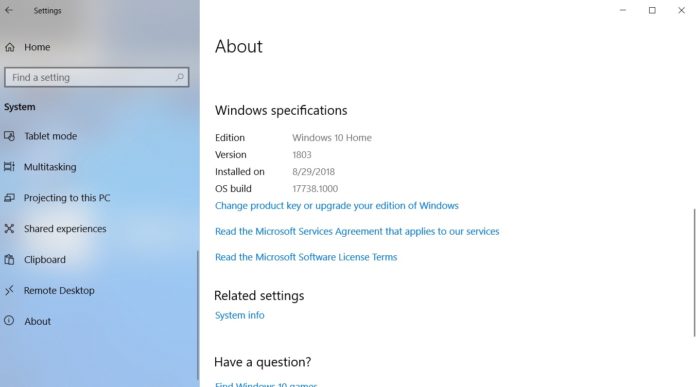 Microsoft last week confirmed that the next major feature update for its operating system is called Windows 10 October 2018 Update. While no specifics were provided as to when the rollout could kick off, it looks like the next update for Windows 10 will be out in early October.

The Windows team is currently busy finalizing the update and an unconfirmed report has revealed that Windows 10 October 2018 Update will be ready for early October release.

If everything goes as per the plan, Windows 10 October 2018 Update will begin rolling out to the consumers in early October (before the second half of the month). The Windows Insiders should receive the final build by late September and further improvements will be shipped before the public rollout.

Microsoft is expected to share details over the coming weeks

Erin Chapple, corporate vice president, Microsoft, revealed that the software giant will detail their rollout plans soon and the release date hasn’t been finalized yet.

“I’m pleased to announce that our next feature update to Windows will be called the Windows 10 October 2018 Update,” Erin Chapple, corporate vice president, Microsoft said at IFA 2018 conference.

“With this update, we’ll be bringing new features and enhancements to the nearly 700 million devices running Windows 10 that help people make the most of their time. We’ll share more details about the update over the coming weeks.”