Windows comes with several new and mobile-focused features. Windows 10 has an Action Center, which is more like a smartphone’s notifications panel that has quick action features. Action Center comes in handy to some users and it has been reimagined in a new fan art.

A concept by designer Samuel Ojeda shows off Windows 10 operating system with an improved and redesigned Action Center. This concept looks good and everything blends in well and it’s consistent.

In the concept, the Action Center would pop up as a flyout and it would enlarge to fit your desktop size when you scroll down. The concept also shows off Action Center and Taskbar integration where any quick action can be pinned to any of them. The designer says that the new quick action could hold many rows so the user can access all other quick settings and the media controls. 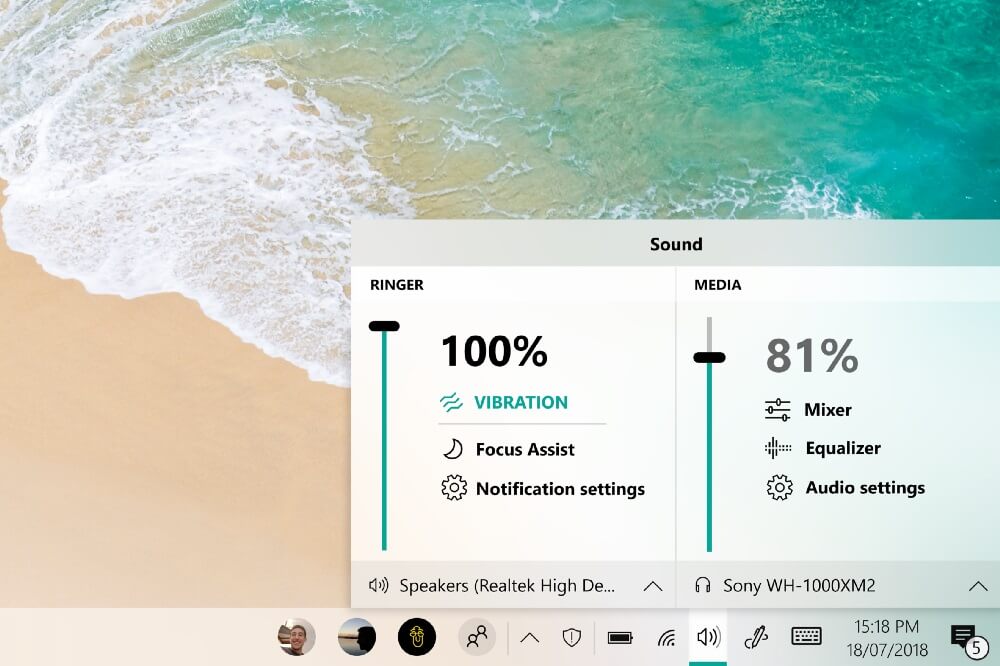 It will also show the progress of the tasks and users will be able to access the media controls for apps like Groove. The concept brings back the sliders for the volume and brightness which also works with the mouse wheel and touch.

“In desktop mode, the Action Center will close when opening a panel like the Devices panel or Progress panel. When opened from the Action Center, they will show a back arrow in the title bar so you can go back to the Action Center as it was previously. This way your screen will be always clean information won’t overlap,” the designer explains.