Microsoft is expected to make some big changes for Cortana on Windows 10 this year. The digital assistant in Windows 10 Redstone 5 preview build features a new interface and it appears that the new interface is now rolling out to the general public with Windows 10 April 2018 Update.

The new server-side update for Cortana in Windows 10 April 2018 Update revamps the look and feel of the digital assistant. For example, the Cortana homepage now has links to Apps, Settings, Documents, Photos and Web.

If you’ll search for any apps or services, Cortana will filter the results. For example, the search results for “Twitters” shows the Twitter app, photos, folders and web search results. 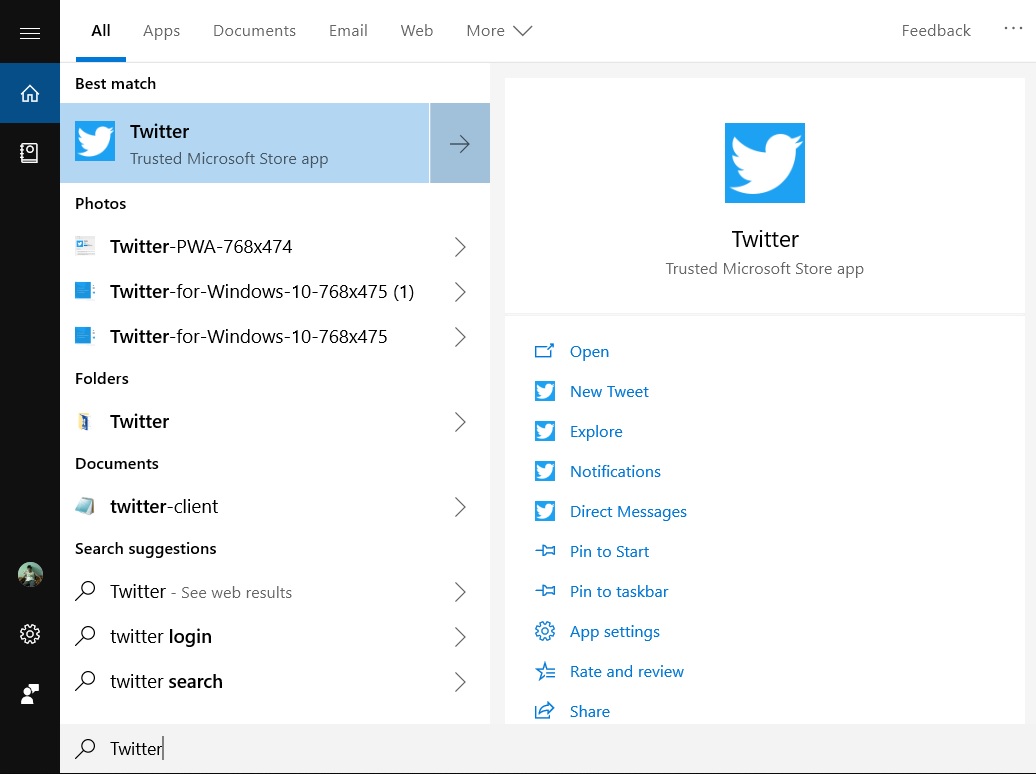