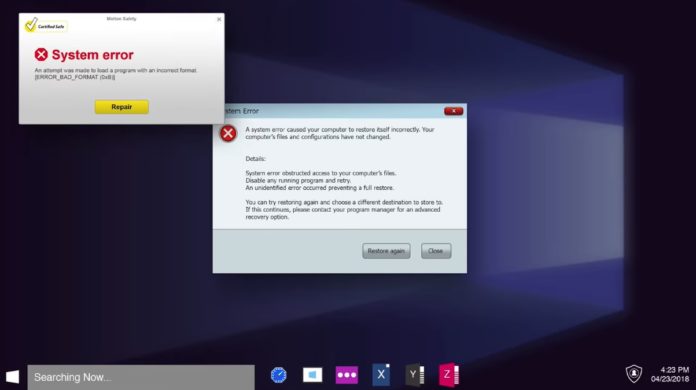 Remember Microsoft’s Scrooled ads? Or Apple’s Get a Mac campaign? In both instances, Microsoft and Apple were mocking the rivals in their respective niche. Google’s new Chromebook advertisement has been published with a similar intention. It puts error Windows and macOS messages in the spotlight to highlight the greatness of the Chromebook.

Google’s new video ad attempts to highlight the main features of the Chromebook platform by putting Windows and macOS in a bad light. The video is mainly about error messages that Windows users see every once in a while, including new software updates pop-up and BSODs.

The ad is hilarious but their claims are outdated and don’t make sense anymore, at least in case of Windows operating system. Windows 10 is faster across the board than earlier versions of Windows. The OS boots, goes to sleep and wakes from sleep faster than older Windows.

In the video, Google is showing the weak points of Microsoft’s Windows operating system and Apple macOS so that more users would be inclined to choose Chrome OS. Google highlights Chromebook features like longer battery life, automatic updates, and malware protection.