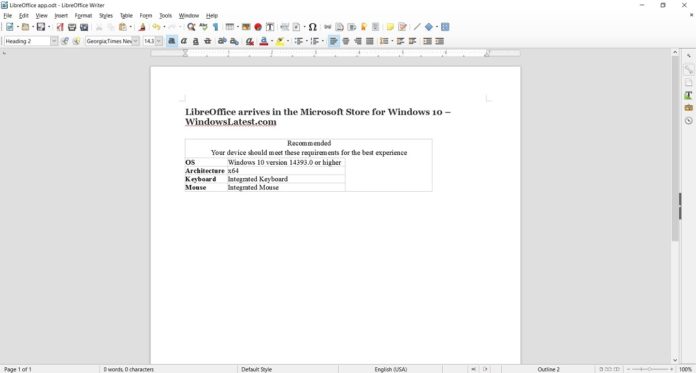 Microsoft Office has been the reigning champ of office suites. The open-source Office suite called LibreOffice is a worthy alternative to Microsoft Office and it appears that a third-party developer has published the app in the Store for Windows 10.

Since its early days, LibreOffice has been a community-driven project and by the looks of the things, a third-party developer has published the LibreOffice in the Microsoft Store. While you can download the full app for free, there’s also an option to purchase the app for $2.99 and support the publisher.

“Free trial is unlimited and has all the features. Buying it supports us. LibreOffice is a powerful office suite – its clean interface and feature-rich tools help you unleash your creativity and enhance your productivity. LibreOffice includes several applications that make it the most powerful Free and Open Source office suite on the market: Writer (word processing), Calc (spreadsheets), Impress (presentations), Draw (vector graphics and flowcharts), Base (databases), and Math (formula editing),” the Store description reads.

The app is published by a developer going by the name of “.Net,” meaning they are definitely not officially sanctioned by The Document Foundation.