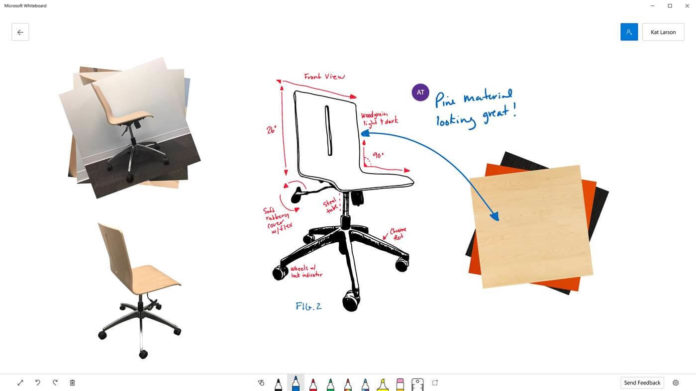 The Redmond Giant also confirmed that the company is working on the Whiteboard App for iOS and Android along with a web version of the application which is expected to work on all modern browsers. The web version of the app will allow users to connect with their Office 365 or school accounts and help them to work together on real time projects.

The Whiteboard App which was released in preview last December is already having 2,00,000 customers using the application and providing feedback. The company based on the feedback has added more new features like text notes, ability to add and manipulate images and more.

For users to use the Whiteboard App they would need to have a Microsoft Account or a work and school Office 365 accounts to take advantage of the features of the App.

As confirmed above the app is available for download in the Microsoft Store now. Do let us know your thoughts on the first impressions of the application in the comments below if you are first time user.