Microsoft Edge browser is getting features twice a year with new versions of Windows 10 operating system and security fixes are provided second Tuesday of every month. Windows 10 Redstone 5 update will include some major improvements for Edge browser, which is the default web browser.

Some of the improvements will bring it in line with the other third-party apps like Google Chrome and Mozilla Firefox. The changes will arrive with the release of Windows 10 Redstone 5 in the fall.

Microsoft remains fully committed to Edge browser and with next Windows 10 Redstone 5 update, the default web browser will be getting Fluent Design improvements. The latest preview build 17711 is adding Fluent Design, Line Focus and some other changes to Microsoft Edge browser.

It’s worth noting that these changes aren’t final just and it will arrive with next version of Windows 10 operating system codenamed Redstone 5. Microsoft could be implementing similar changes in future Windows 10 builds. 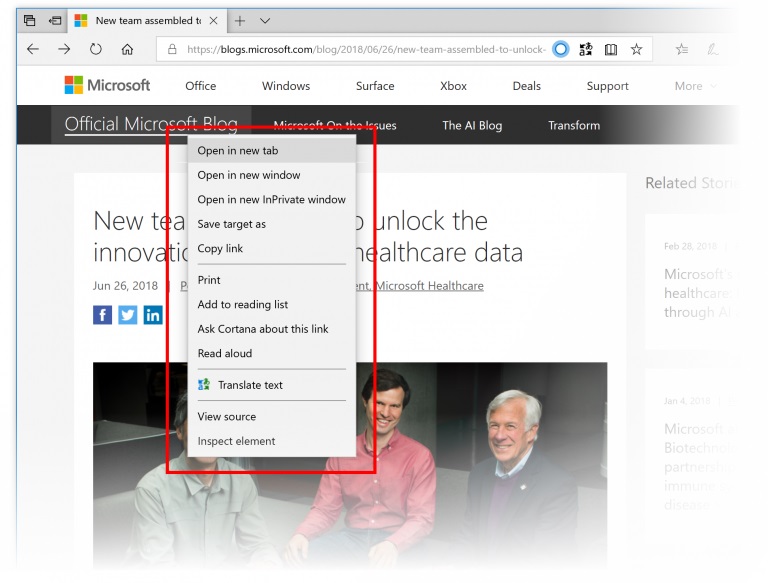 The shadows effect from Fluent Design system is enabled on the context menu in Edge browser and you can expect to see similar changes to grow in subsequent builds.

Microsoft is adding new themes to learning tools which can be accessed from Reading View. In simple words, you can choose the theme colour which is best for your eyes.

Microsoft Edge comes with the line focus feature that lets you improve focus while reading an article by highlighting the sets.

Microsoft Edge is getting a new and improved consent box for saving autofill data. It brings changes to consent notification pop-up. This improves the discoverability to provide clarity on the value of saving this information. The software giant is introducing password and payment icons, improved messaging.

Microsoft Edge has a PDF toolbar that can now be invoked with one tap. All you would need to do is hover over the top and the tools will easily become accessible.