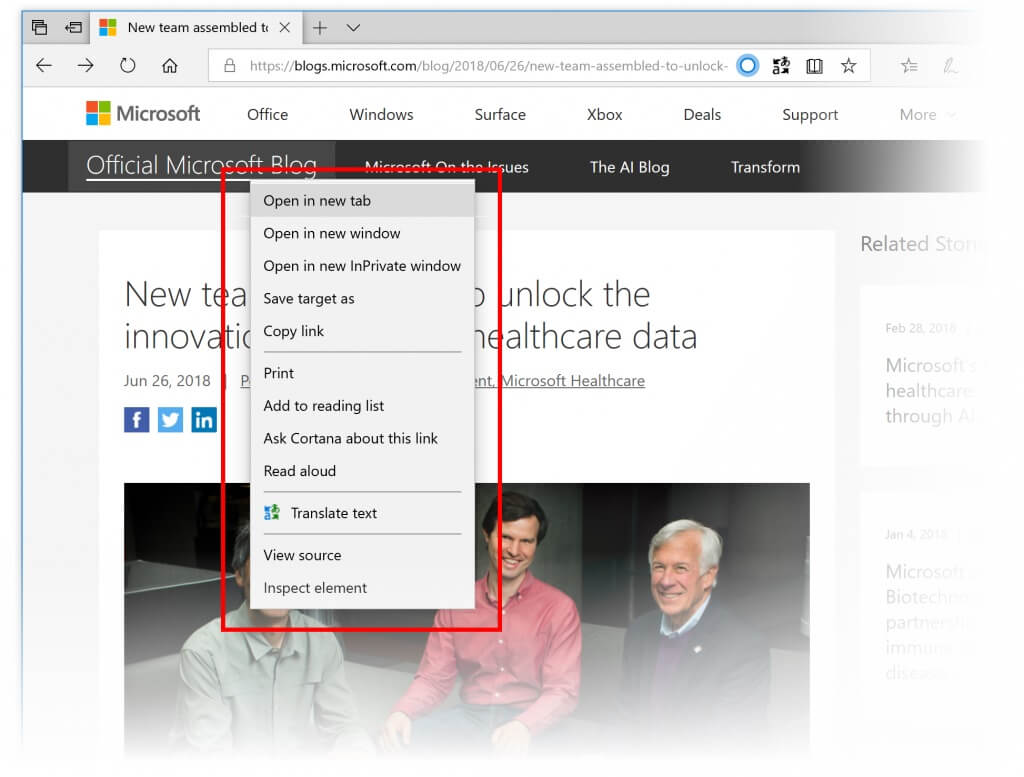 Microsoft is finally improving the learning tools and you can now see additional themes. It also comes with a new feature called Line focus that helps you improve focus while reading an article.

Fluent Design was already available in Microsoft Edge, but with this new build, it’s getting better. Microsoft is bringing Fluent Design touches to the context menu.

“Shadows provide visual hierarchy, and with Build 17711 many of our default modern popup type controls will now have them. This is enabled on a smaller set of controls than what the general public will eventually see, and Insiders can expect to see the support grow in subsequent builds,” the company explains.

Microsoft is improving the interface of autofil popups and it would provide clarity on the value of saving this information. For example the notification will show new  icons for payments and password.

Microsoft is finally adding Windows HD Color Display Settings. If your device meets the requirements, it can show high dynamic range (HDR) content, including photos, videos, games, and apps. The new setting basically helps you understand and configure your device for HDR content. It’s worth noting that the setting works only if you have an HDR-capable display.

Interestingly, Microsoft is improving the Registry Editor with one minor change. When you’ll type in the address bar, it will complete the next part of the path in the new dropdown menu.

As with every new build, there are tons of other changes, improvements, and known issues.

Microsoft is expected to finalize Windows 10 Redstone 5 development in September and it should become available for the public in October.