Earlier this year, Microsoft was testing a new feature in Windows 10 Mail app that would have forced users to open links found in emails on Microsoft Edge’s browser despite whatever selection users have as their default browser.

“For Windows Insiders in the Skip Ahead ring, we will begin testing a change where links clicked on within the Windows Mail app will open in Microsoft Edge, which provides the best, most secure and consistent experience on Windows 10 and across your devices. With built-in features for reading, note-taking, Cortana integration, and easy access to services such as SharePoint and OneDrive, Microsoft Edge enables you to be more productive, organized and creative without sacrificing your battery life or security. As always, we look forward to feedback from our WIP community,” Microsoft explained in a blog post.

Microsoft wanted to force Windows 10 Mail users to use Microsoft Edge browser for email links instead of your default browser. It’s worth noting that the test was being done on a preview build of next big update codenamed Redstone 5. As expected, the feature may never make it to the public release of the operating system.

If the reports are believed to be true, Microsoft won’t force you to open links from Mail app in Edge browser anymore. 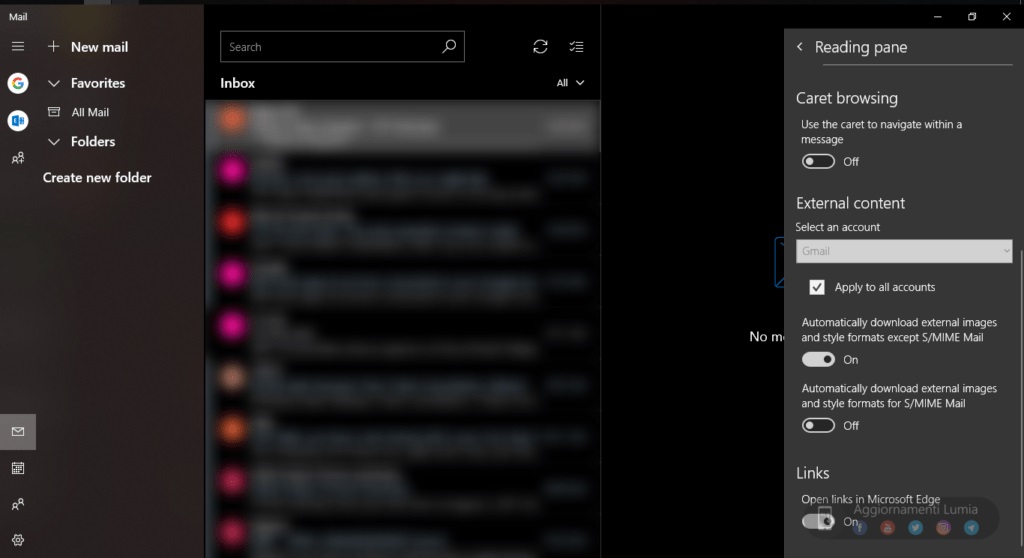 A leaked screenshot of the unreleased version of Windows 10 Mail app suggests that there will be an option to configure how the links found in emails would open. The leaked Mail app has an on or off toggle for opening links in Microsoft Edge.

The left sidebar in the Mail app also provides us with a closer look at new icons for mail folders and a slightly improved interface.