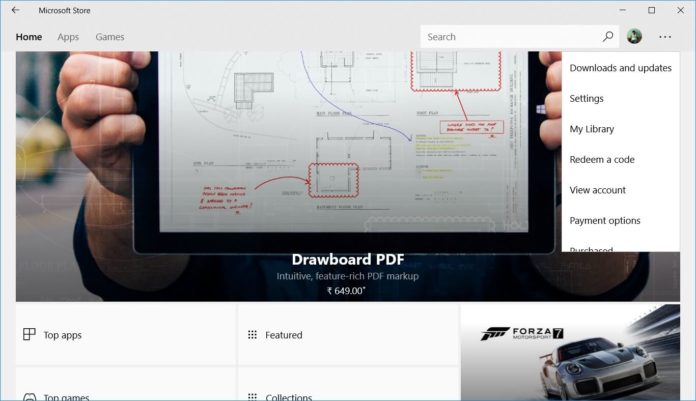 It’s pretty hard to tell whether this bug is widespread or not. Microsoft’s MVP and moderators on the community forum confirmed that the Store in Windows 10 might fail to work correctly in some cases, and the company is aware of the reported bug.

The users cannot download apps from the Microsoft Store after upgrading to the Windows 10 April 2018 Update. A user explains that when pressing the ‘Get it now’ button, the Microsoft Store just refreshes and nothing happens. When the user would again click on the button, the store will once again refresh the app page and download does not start. The signing-out-signing-in appears to be resolving the bug on some systems but the issue returns at random times.

Microsoft is already working on a fix and it could be shipped with the next patch scheduled to arrive in June. Microsoft’s moderators have also detailed a workaround to deal with Store and Windows 10 April 2018 Update issues.

Microsoft MVP noted that the users would just need to sign out and sign in again in the Microsoft Store. You can do so with a few steps.

The workaround is quite straightforward and it addresses the issue. As noted above, Microsoft is aware of the bug and the company is working on a fix. While no ETA has been provided, it’s likely that the fix will land with next Windows 10 cumulative updates, which would take place on June 12.

Microsoft is also expected to address the Windows 10 April 2018 Update issues on Toshiba and Intel SSDs next month. The cumulative updates are also supposed to improve the performance of the operating system.