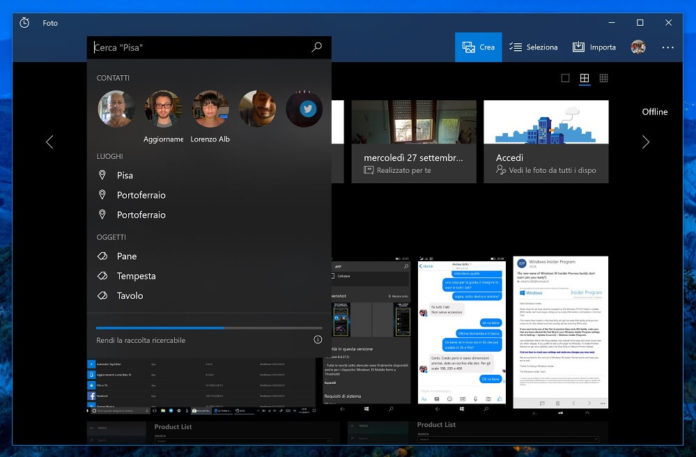 Microsoft rolling out a new update to the Photos App for the Windows Insider in the Skip Ahead Ring (Redstone 5 branch). Apart from the general bug fixes and performance improvement Photos app updated with a couple of exciting new features.

The latest update to Photos app pushed the app to the version 2018.18022.14240.0. One of the most highlighted feature in this update is Remix Collage. For all albums and story that created automatically, you will see a Remix Collage button at the top right corner of the window. Clicking this button will automatically pick and choose the best photos of the album. Furthermore, you can also change the layout (aspect ratio) of the autogenerated albums and stories.

Another notable new feature in this update is in the Vido Editor. They added a new Video button to the Video Editor screen. Hitting that button will play video in the Full-Screen mode. Microsoft also added a “Resize button” to the video editor screen, which allows users to choose whether to fit the image into the screen or to display the original image as it is. (with black bars). This feature is especially for the low-resolution images. Hitting Resize button image will automatically adapt full-screen of the display.

Again, this update is only available for the Windows Insiders in the Skip Ahead Ring. Microsoft will roll out the same update to Fast Ring insiders in the upcoming weeks. Though, maybe it wouldn’t be the part of Windows 10 Spring Creators Update which is scheduled for April 2018. You can go ahead and download the latest update of Microsoft Photos app from here via Microsoft Store.