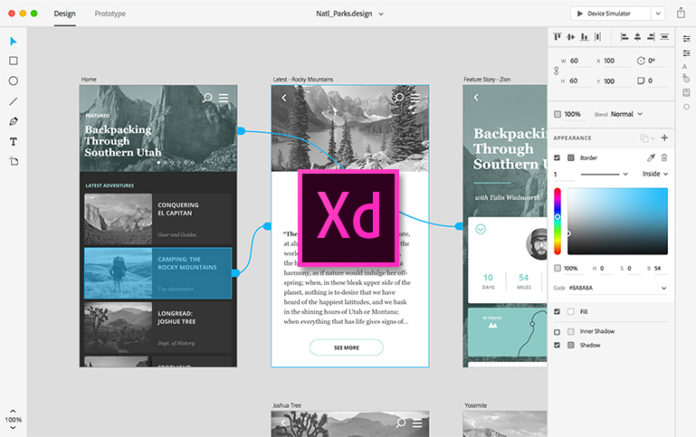 Adobe announced that it is pushing out a new update for its Adobe XD app for Windows 10 users. The update brings many new features which include the most wanted pen and touch support.

The Adobe XD users can now use the pen to interact with XD’s UI along with being able to also navigate through layers. The update also brings performance improvements to the UWP app on Windows 10 devices.

Adobe is also working on bringing more new features and updates to the UWP application in upcoming updates which could include usage of vector content from Illustrator and Adobe Stock with XD.

Drag and drop support could also be included in the upcoming update for vector graphic from CC Library. Some more features also will provide access support to the eyedropper along with enhancements to commenting on prototypes making it easier for Adobe XD users to add comments.

The above list are some of the upcoming features which Adobe will be pushing out to its UWP app for all Windows 10 users. The latest update with pen and touch support is already live and Adobe users will also be able to see live all the new and upcoming features in the company’s live demo.