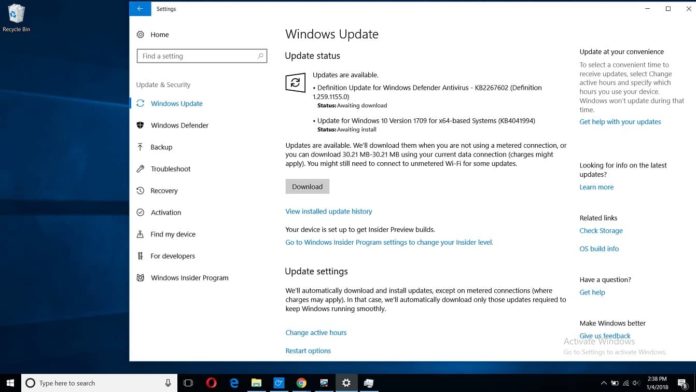 Direct Download links for KB4056891 is now available for devices with Windows 10 Creators Update. Windows 10 KB4056891 offline installer is also available for download and the update includes fixes for a critical security vulnerability. Microsoft has also pushed out updates for the Fall Creators Update devices and you can update the supported devices from Settings -> Update & Security -> Windows Update -> Check for updates.

Windows 10 KB4056891 addresses the Meltdown and Spectre security vulnerabilities in some chipsets. Microsoft hasn’t fixed any other bugs with this release as the latest update is all about security fixes. The update bumps Windows 10 to Build 15063.850 and you can grab the offline installers from the below links.

Microsoft is currently rolling out this update to all Windows 10 devices and a system reboot is required to install the update. It’s worth noting that the performance of your PC should not take a hit after installing the update, though the update might affect the gaming performance.