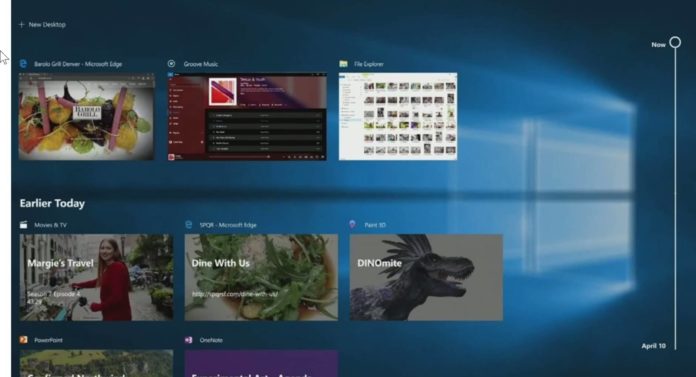 “We’ve heard strong interest in this feature, and we’re pleased you’ll see it in the next WIP build going out to the Fast Ring. We look forward to hearing your thoughts on this experience,” says Terry Myerson, EVP for Windows and Devices at Microsoft.

The Windows 10 Fall Creators Update was actually supposed to include the Windows Timeline feature but due to some reasons, the company delayed the release of major Windows 10 feature.

Back in July, Microsoft’s Joe Belfiore revealed on Twitter that Timeline feature would only be included in preview builds after the company ships the Fall Creators Update. “Timeline won’t be ready in the Fall Creators Update. We’re planning for it to be in early insider builds shortly after FCU is out,” Joe Belfiore explained, before going on to explain that “we described [the] set of features that would come with FCU… and I thought we’d communicated uncertainty,” he said.

Windows 10’s Timeline feature basically allows users to pick up from where they left off on different devices, the users can also return to a moment of the day when specific apps were running. The Windows Timeline feature is finally ready for beta testing and the next Fast Ring build will include the new feature.