Last month, Microsoft began rolling out the Windows 10 Fall Creators Update and according to AdDuplex, the new version of operating system is already installed on over 20.4% of PCs. It’s worth noting that the data is based on around 5,000 applications that use AdDuplex SDK. “After a month and 10 days on the market, Fall Creators Update is installed on every fifth PC,” AdDuplex claims. 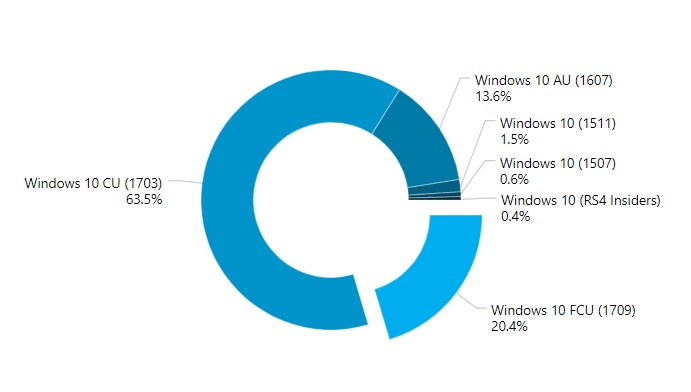 “This report is based on data collected from around 5,000 Windows Store apps running AdDuplex SDK v.2 (and higher). The raw data analyzed was collected over the day of November 27th, 2017 (UTC time) unless otherwise stated,” the company said.