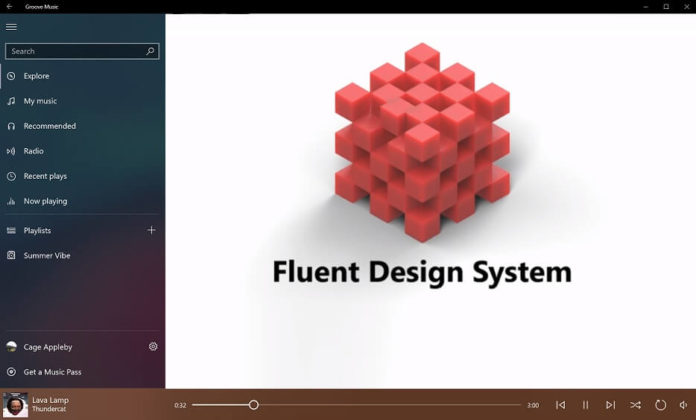 The Fall Creators Update is more than a minor update, the most noticeable change is the new Fluent Design. Codenamed Project NEON, the Fluent Design language system changes the look-and-feel of Windows, it brings more feature-rich interface changes than the failed Metro design. Microsoft has, however, described Fluent as “an evolution of Metro”.

The Fluent Design creates a new visual experience with the focus on light, depth, motion, material and scare areas. It gives the dynamics layers, break free experience from static rectangles and more animations to the users, this improves the overall user experience across the entire operating system.

Microsoft has published a new video detailing the Fluent Design in the stock apps. However, the Fluent Design fails to create the hype because the new elements are being only implemented into the applications, taskbar and other parts of the operating system are yet to get the taste of new design language. However, after the Fall Creators Update release, Microsoft will continue to shape and refine Fluent in the coming months.

“Fluent Design will deliver intuitive, harmonious, responsive and inclusive cross-device experiences and interactions. For developers, Fluent Design is built to help you create more expressive and engaging apps that work across a wide range of device and input diversity,” Microsoft recently explained.

Windows 10 Fall Creators Update also brings on-demand access to OneDrive. It basically allows users to get the OneDrive files without syncing the download folders. In comparison to other features, the Fluent Design language is still a pretty important change. What do you think about the new Fluent Design language system?