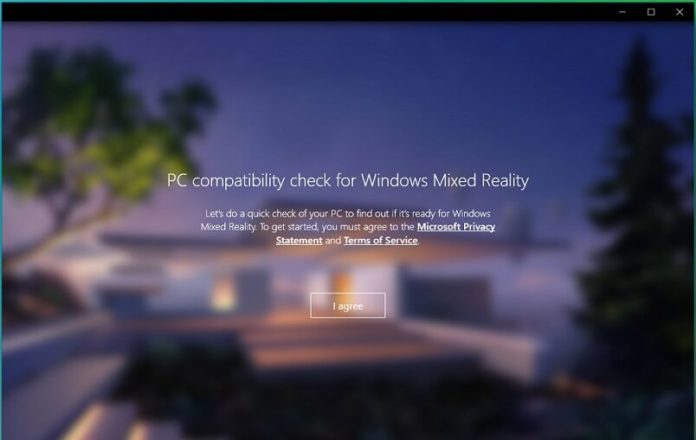 Windows Mixed Reality, a new platform based on Windows Holographic created by Microsoft was announced at the “Windows 10: The Next Chapter” press event on January 21, 2015. It creates virtual elements i.e hologram and the system is powered by Microsoft’s Windows operating system, as a result, the universal apps can run on this platform.

Today, Microsoft has updated the Windows Mixed Reality PC app with some improvements and fixes. The new version 1.0.7.0 fixes an issue where the compatibility test wouldn’t run. Apart from this fix, general bug big fixes are also part of the update.

After installing the app, you’ll need to click on ‘I Agree’ button to run the test. You may need to wait a few seconds to get a list of the compatible and non-compatible components. If your hardware isn’t supported, you may need to replace the machine or upgrade the components.