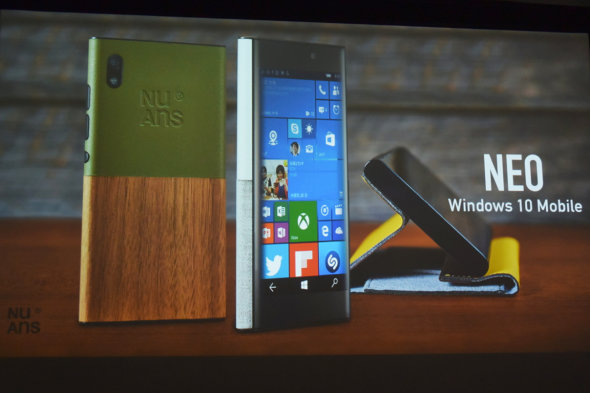 In October 2015, NuAns confirmed the release of Neo which was the company’s first attempt at Windows Phone. As Microsoft failed to upgrade all handsets running Windows Phone 8.1 to Windows 10 Mobile, which resulted in the number of Windows 10 Mobile handsets very small and also the sale of new devices by all manufacturers hasn’t helped the situation either.

The NuAns went ahead in selling the device in Japan and launched a Kickstarter campaign to bring the coveted device global in the month of July but failed to meet its goal.

The President of the company Tetsushi Hoshikawa was very disappointed and said that NuAns had thought that Windows 10 Mobile would be more popular. He also said that the company is in need of crowd funding campaign  and the handset would need different LTE Brands to gauge interest in the device.

We  hope to see NuAns bringing more of its products to the United States, as well as other global markets. It was great to see the company’s enthusiasm for the products that it creates, and they sure are beautiful products.