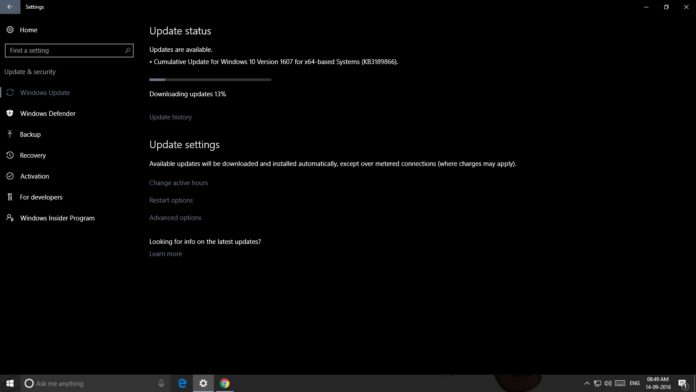 Last night Microsoft rolled out a pretty big bunch of updates for all versions of Windows 10 for the consumers. The updates were released for the production and release preview rings and brought no new features but some neat fixes.

Updates were also released for the PC users still on build 10586 and 10240 bringing some bunch of fixes and improvements. Users should go to Settings>Update & Security>Windows Update and hit the “Check for Updates” button to get the updates.