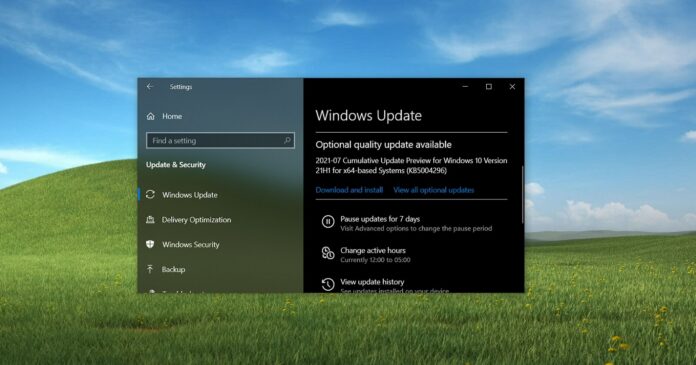 As part of the servicing model known as “Windows as a Service”, Windows 11 and Windows 10 versions receive monthly updates with security and general fixes.

There are mainly two types of Windows Updates: “feature updates” and “quality updates.” Each one delivers a different set of bug fixes or features, and quality updates cannot be skipped. For example, the Patch Tuesday update is installed automatically unless you manually pause updates using Windows Update or Windows Update for Business.

If you pause or skip updates, this can result in a backlog of updates and increase the size of update packages. For better performance of Windows Update, Microsoft has now started removing older quality updates from the Windows Update server and these removed updates will appear as “expired updates”.

The older and redundant packages will now expire automatically, which can improve the performance of Windows Updates and reduce update cache size. The older updates are superseded with newer updates, and this would result in shorter scan times of Windows Updates.

Thankfully, cumulative updates (Patch Tuesday) include fixes from all older updates that have been published for the operating system. If an update package has expired, you would still receive the fixes contained in the expired update package when you install the latest Patch Tuesday release.

An expired package will not appear in Windows Update scan results and it can also reduce internet data usage, which is particularly important when you have a limited internet connection.

Windows Updates are evaluated for expiration on a regular basis and “expired” status would appear on Microsoft’s website, as shown in the above screenshot.

The first Update Stack Package was released alongside Build 22478 for Windows Insiders and it is currently available for a limited number of users with no noticeable changes.