Xiaomi’s Redmi is best known for affordable smartphones, but the company ventured into the affordable laptop market last year with RedmiBook. Xiaomi’s RedmiBook is a lineup of affordable notebooks powered by Windows 10 and it remains exclusive to the Chinese market for now.

Xiaomi is diversifying its laptop lineup and RedmiBook 13 with a narrow-edge display was recently unveiled in China to take on Huawei MateBook 13.

It appears that Xiaomi will finally begin selling RedmiBook outside China and India could be its first overseas market. According to a new trademark filing in India, Xiaomi may be looking to launch its laptop in the country before expanding its presence to North America and Europe. 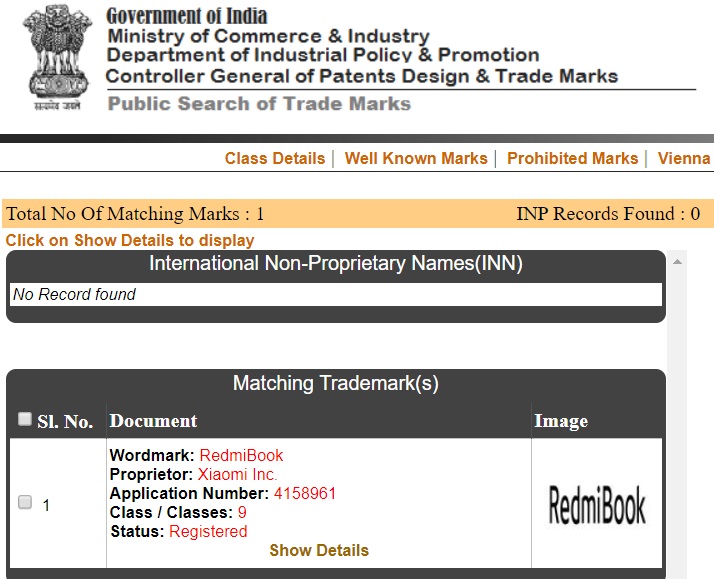 Xiaomi has registered a trademark for ‘RedmiBook’ brand in the country and the application was filed last year with the Intellectual Property India, an authority that comes under Ministry of Commerce and Industry. According to the listing, the trademark is valid up to April 2029.

As per usual, we don’t know for sure if RedmiBook will launch in India in 2020 and whether Xiaomi has any plans to expand the lineup to Europe or North America.

Xiaomi’s laptop lineup has mainly consisted of Apple copycats like the Mi Notebook Air, but RedmiBook is a decent and affordable laptop.

In China, Xiaomi currently offers RedmiBook 14 and RedmiBook 13. The RedmiBook 14 packs a 14-inch IPS display with 1080p resolution and thin bezels. The device comes with Intel Core i5 or i7 processors, and it is also offered with 2GB of dedicated memory (Nvidia GeForce MX25).