Another Windows 10 19H1 preview build is now rolling out to Insiders in the Fast and Skip Ahead ring. Windows 10 Build 18329 comes with improvements for Windows Search, Windows Mixed Reality and tons of fixes for the reported issues.

Microsoft says that Windows 10 Build 18329 is currently not available for everyone and you may not see it in all regions. The latest build comes with minor new features and fixes as is expected with preview builds.

Windows 10 19H1 preview build introduces improvements for Windows Search and you will be able to see most used app in the search panel itself. It also brings Win32 apps to Windows Mixed Reality.

In Windows 10 April 2019 Update, Search and Cortana are decoupled in the taskbar, allowing users to find documents and files without interacting with digital assistant. Cortana, on the other, will exist for voice queries instead of doing text searches.

Today’s build updates Windows Search and there is a new feature located at the top of the screen. With this build, Microsoft is introducing the option to get quick access to the apps used regularly. You would need to open Search and the long list of regularly used apps should appear on the screen.

This change is being rolled out server side and hence you might not find it immediately after upgrading to the latest build.

Apart from the new Search option, Microsoft has also added the ability to launch Desktop (Win32) applications like Spotify, Paint.NET in Windows Mixed Reality. However, since this feature is still under development, some users may experience unexpected issues

To be able to use the feature, users would need to bring up Pins Panel and go to all apps and look for the folder named Classic Apps (Beta) which gives you the list of the Desktop (Win32) applications. 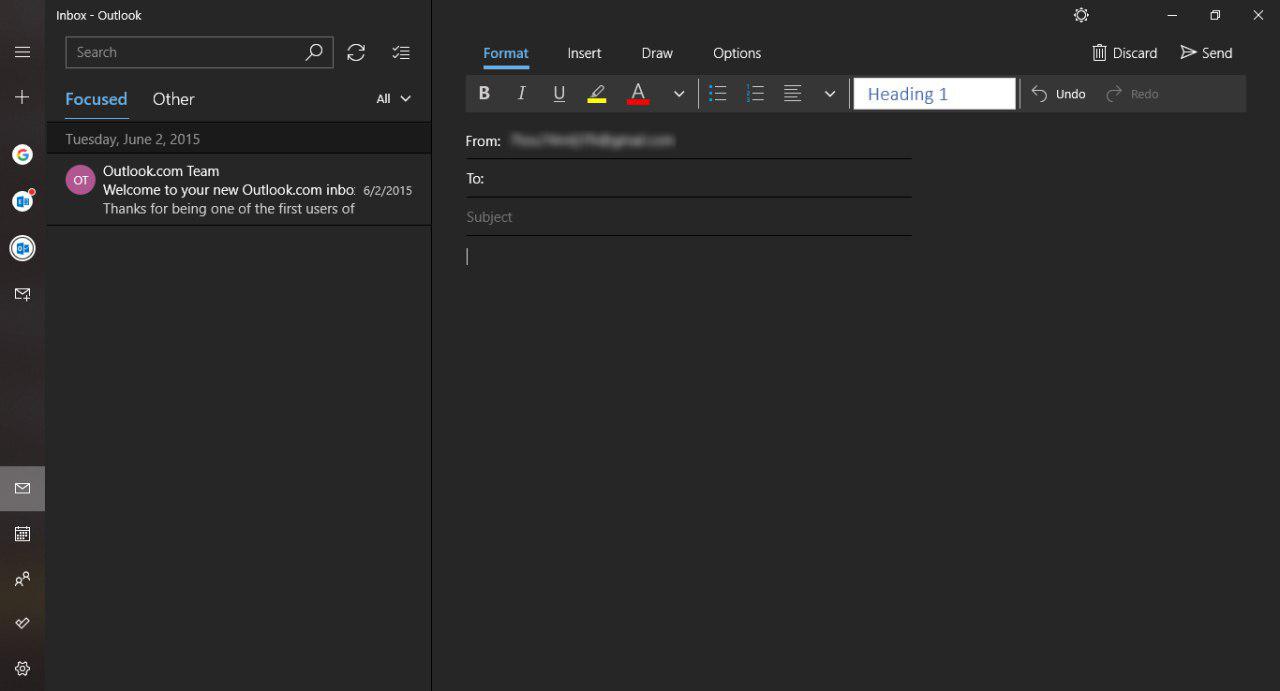 Microsoft is also pushing out a new Mail and Calendar app update that advances the app to version 16.0.11231.20082. The brings the Dark Mode to more parts of the app and you will now see the Dark UI while composing a message.

You would need to turn on Dark Mode by going to settings and selecting “Personalization” to see the changes.

Default Font has been the most requested feature by Insider and starting with this build users will be able to customize dark background on an email. This would mean that the message will be according to the text, font, size which has been selected by you.