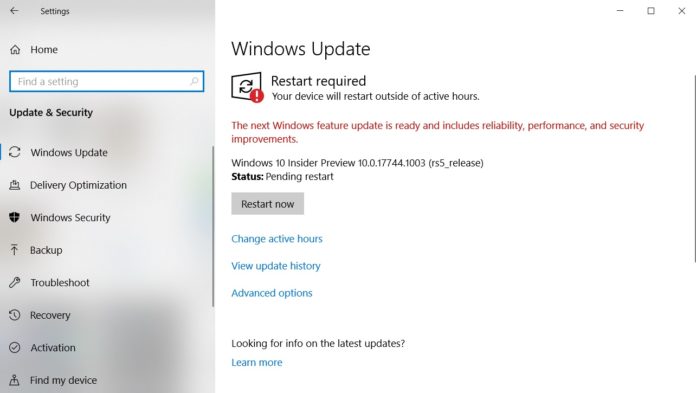 Microsoft is rolling out another preview build of Windows 10 October 2018 Update to the Insiders in the Fast Ring. Windows 10 Build 17763 doesn’t come with new features as Microsoft is focusing more on bug fixes and performance improvements.

Microsoft will roll out the new Windows 10 October 2018 Update for the general public in the first half of October and the final build will be released to the Insiders later this month.

Windows 10 Build 17763 has fixed an issue with Microsoft Edge where the tabs crashed when users touched a flash element. Another bug where Bluetooth audio devices wouldn’t play sound in apps has been addressed.

Just like any other build, this one too comes with its own known issues. First off, the Task Manager could report incorrect CPU usage. There’s another issue where the “Background processes” in Task Manager would blink constantly and weirdly.

Microsoft will finalize the development of Windows 10 version 1809 (Redstone 5) sometime in mid-September, and the Release Preview Ring Insiders are likely to get the final build next week or later this month.

Build 17763 could be an RTM candidate but hasn’t Microsoft confirmed it yet. This build is definitely a step forward in the final stage of development. The fewer known issues in the release suggest that October 2018 Update stability is reaching a production ring level.