The listing suggests that Samsung is developing the device in Vietnam and the name of the device is “Equipment of radio equipment for LTE mobile communication (transceiver of land mobile station”. 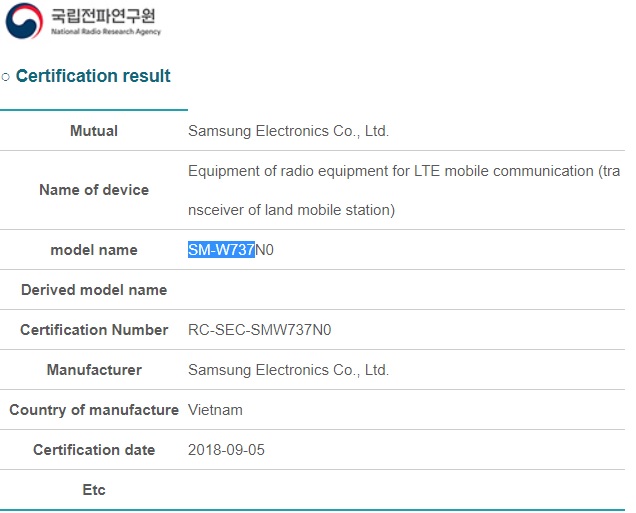 The certification doesn’t reveal any specifications but since it would be a Windows 10 powered, it’s likely that Samsung will use latest Intel processor with up to 8GB of RAM.