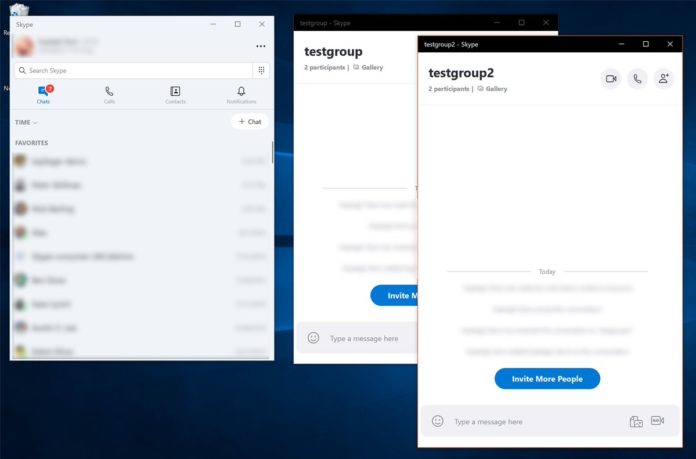 Last month, Microsoft announced that it’s now rolling out a new version of Skype for Windows desktop. The company also confirmed that the classic Windows app will be retired soon but in the meantime, the software maker is working on a new and improved replacement.

Based on the customer feedback, Microsoft has decided to support Skype classic app beyond September 1. In a forum post, Microsoft revealed that they are planning to make major changes to Skype version 8.0 that would eventually convince people to give the new app a try.

“While the majority of our focus is on fundamentals and missing features, we’ve started rolling out a few highly requested features. One example is call recording functionality, which has been a very common ask from work groups, as well as teachers conducting Skype in Classroom sessions,” Microsoft writes in a forum post.