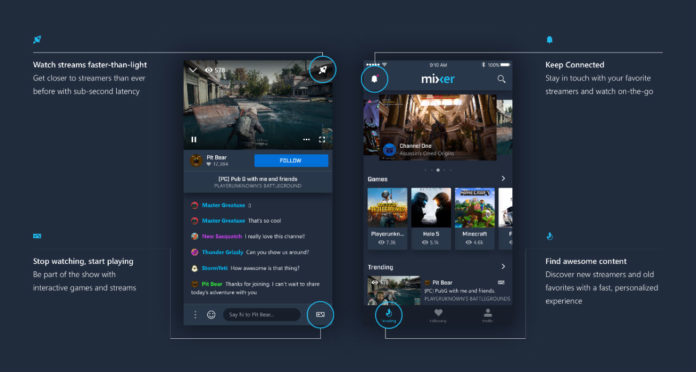 Formerly known as Beam; Mixer is a live streaming video platform owned by Microsoft in August 2016.

The most notable new feature in this update is picture-in-picture browsing. It works same as the other video calling, streaming app (YouTube, Twitch). You will be able to pull down any video stream at the bottom of the screen and you can browse throughout the app. Another important new feature is the HyperZone Compatibility. In case if you missed it HypeZone is a dedicated channel for PlayerUnknown’s Battlegrounds (aka PUBG). Yes, support for HyperZone is now supported in the mobile apps.

In addition to this, Microsoft also refurbished the landscape mode (view). From now on the chat and interactive flyouts won’t overlay the stream. That means it allows players to view hosted channels with the app.

Here’s the official change-log for this update:

Apart from this the app also received general bug fixes and performance improvement. Let us know in a comment below if you find any interesting new feature in this update. You can go ahead and update the Mixer app on your Android and iOS device from the app stores.