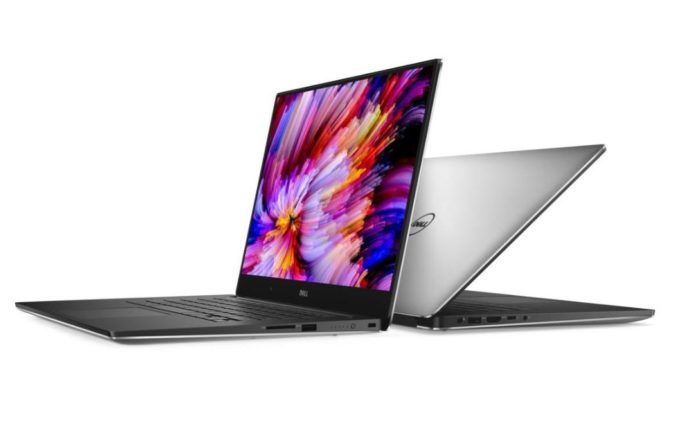 The Core i9 processor brings more power with improvements to the graphics with the Nvidia GeForce GTX 1050Ti. The new XPS 15 is the successor to the company’s earlier device the XPS 15 2in1.

The device comes with a 15.6 Infinity display with 4K UHD resolution with the webcam placed underneath the screen. The display comes with a 178 degree viewing angle and 100% Adobe RGB color gamut.

For device security, the device comes with a fingerprint sensor which has been moved to the power button for Windows Hello along with a Thunderbolt 3 port and two USB 3.1 Gen 1 ports with PowerShare.

Dell confirms that the device comes with a Thunderbolt port to a full four implementation for maximum transfer speeds with the company promising up to 21.5 hours of battery life on full HD model.

Users will be able to get around 10 hours of battery life on a 4k display model. Dell announced that the device will be available in black coming this May and is available for pre order starting April 16th, 2018. The device is expected to be priced with a starting price of $999.