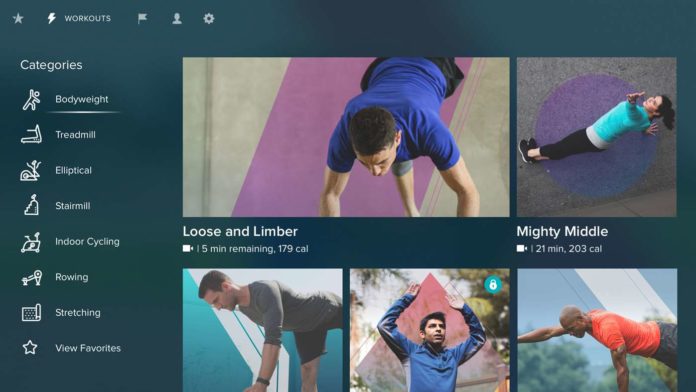 Fitbit early this year released its Fitbit Coach UWP app which can be downloaded on all Windows devices including Xbox One. Today the company has released a new update for its Fitbit Coach app for Xbox One and Windows 10 users.

The Fitbit Coach App brings video workouts with step by step instructions, music and also recommended workouts based on the user’s daily activity. Users with Fitbit Coach app downloaded on their devices would not be required to have a Fitbit device to get started but not all features will be made available for use.

The latest update to the Fitbit Coach app comes with a minor UI improvements on Xbox One and Windows 10 devices. The update makes the app more stable and smooth in terms of navigation for Xbox One console users.

The content loading has also been improved after the latest update which saw a bit of jittering earlier on Xbox One. The company has also revamped the Workouts panel were in you will now be able to utilize the category menu on the left hand side.

The app lets you to remain fit by giving you timely alerts in regards to your daily routine workouts and other key options. The app supports for all Windows 10 devices including PC, Mobile, Xbox and HoloLens.

The latest update to the Fitbit Coach app is available for download on Xbox One and Windows 10 devices and you can alternatively get it by clicking the below Microsoft Store link. Do let us know your thoughts on the latest update in the comments below.