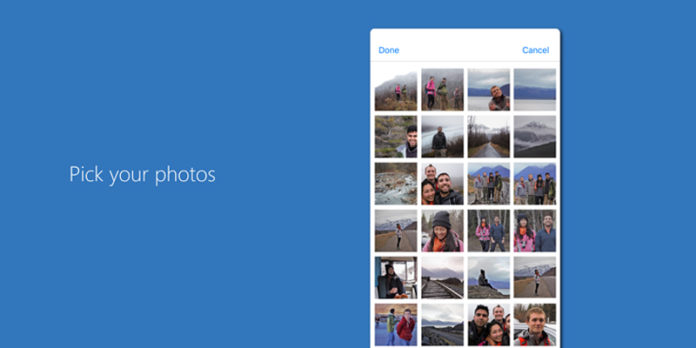 Microsoft has released a new app for iOS and Android devices. Photos Companion is a Microsoft Garage project and helps users transfer photos and videos to and from their Windows 10 PC.

The app was in works for sometime and has been finally released today. Available for both Android and iOS, the app can be used to transfer Photos and Videos to your Windows 10 PC. The transfer takes via WiFi thus nullifying cellular data usage. There’s also a nifty feature that allows you to insert photos or video clips to your video project on your PC.

The app is currently developed by the Microsoft Garage team and thus can be killed anytime. But with Microsoft’s renewed interest in Android and iOS, the app has a high chance of getting more updates and becoming a Microsoft proper app.

For the app to work, you need to have a Windows 10 PC with the latest Microsoft Photos app update(version 2018.18011.13110.0 or higher) and an Android or iOS device. As for Windows 10 Mobile users, the current Photos app integrates very well with the PC counterpart and has more features than the Photos Companion app.

More details are available on Microsoft’s Garage page with the direct download links. The app might not show up in the Play Store and App Store, so hit up the direct links from the page and try them out.