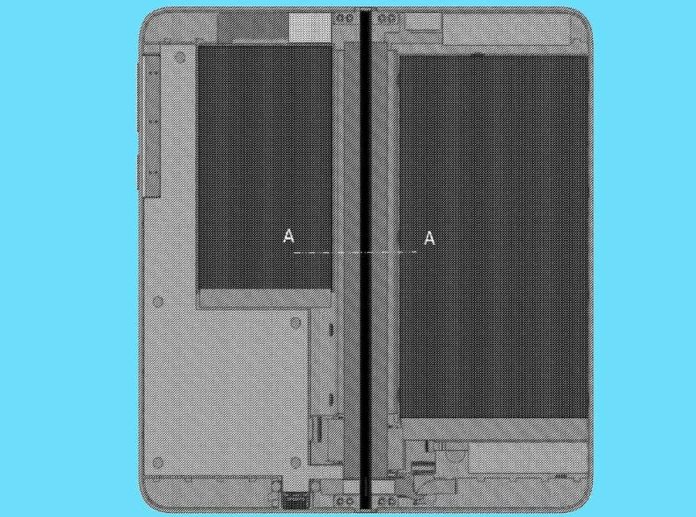 A series of foldable phone patents that reached the web in the last couple of days brought back the rumours of mythical Surface Phone. While we are yet to find out if the mythical Surface Phone still exists, the patents suggest that Microsoft is still developing a foldable mobile device under the Surface brand, internally referred as Andromeda.

Last week, Microsoft patented a new foldable design for the Andromeda mobile device. It has a self-regulating hinge that would enable the foldability of the device. In this patent, Microsoft uses a hinge for foldability and this hinge joins two screens that would seamlessly become one.

Microsoft shows a drawing of a patent where the foldable mobile device is being operated with a keyboard, this keyboard seems similar to Lenovo Laptop’s virtual, backlit, touch keyboard. While another drawing included in the patent document shows the device with alarm clock screen.

There’s no indication that this patented device is indeed a phone since it looks more like a tablet which would turn into a phone when folded. Another patent shows us the device with two screens joined and there’s no gap between the screens. It would provide several different factors depending on the configuration and angle of the screens.

For example, it would become a tablet when the screen is flat, a phone when folded, a alarm clock, and a device for watching movies in tent mode. Moreover, it could be turned into a full-fledged laptop when the virtual keyboard is enabled.

References to mythical Andromeda in Microsoft’s application and website

We recently discovered some references to a foldable phone’s note-taking app called ‘Journal’, an advanced version of popular OneNote. “This is the accessibility title for the Journal application which consists of a left and right page for content creation,” this reference reads.

Since Microsoft’s Andromeda would be a digital notebook device, the features such as the Journal app will be specifically aimed at creators, and Microsoft has already begun implementing the features designed for creators with the latest Creators Update.

The dream of foldable mobile is getting closer to reality as Microsoft recently published a webpage that contains a special code. We discovered that Microsoft is secretly developing a new collection of apps for the foldable phone and is labelled as Windows 8828080, which is actually part of Microsoft’s phone number. 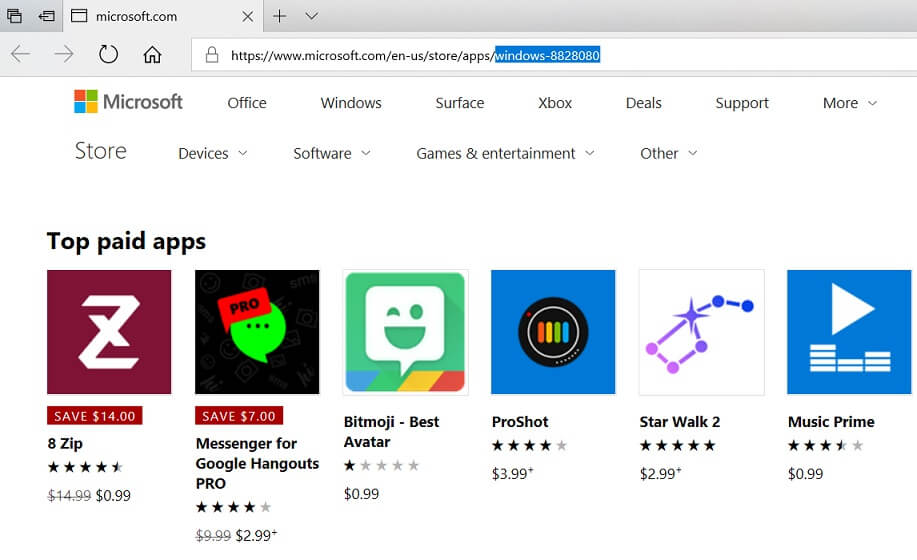 The Windows 8828080 is actually the Andromeda, and this confirms that Redmond is still working on a mobile-type device. The apps listed on this page are specifically developed for phones. There’s no confirmation in regards to the release date, but 2018 seems to be a likely target for Microsoft to introduce it.