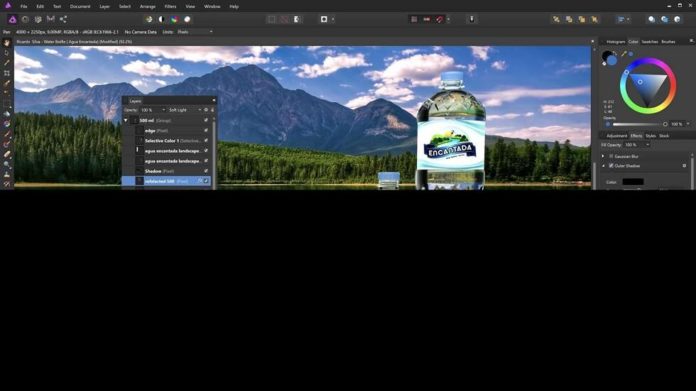 Affinity Designer is a Desktop Bridge (Centennial) app. It is the same Win32 version with the same functionality of its Win32/64 counterpart with better update mechanism since it is a Store app.

Affinity Designer is the fastest, smoothest, most precise vector graphic design software available. Whether you’re working on graphics for marketing materials, websites, icons, UI design or just like creating cool concept art, Affinity Designer will revolutionize how you work. They added some essential features which include, panning and zooming is always live at 60fps, live gradients, transforms, effects and adjustments, end-to-end ICC color management and so much more. Although it does not support Surface Dial at the moment but it will be available soon.

The app is not free, however, if you download it now you will save $12.5 which is not a bad deal at all, considering its capabilities. The app is down to $37.49. Affinity designer will only run on the x64 architecture at this moment.